Over the past year, UK drivers have suffered on average a 5.4p-a-litre hike in pump prices as a consequence of the post-referendum weakening of the pound against the dollar, the latest AA Fuel Price Report can reveal.

With a typical fuel tank holding 55 litres of fuel, the cost of filling it has since the referendum (23 June 2016) averaged £3 higher than if Sterling had retained its previous value.

For a family with two petrol cars, the lower exchange rate added £142.56 to annual refuelling costs. For ‘white van man’, the penalty for filling an 80-litre tank with diesel has averaged £4.25 over the past 12 months. 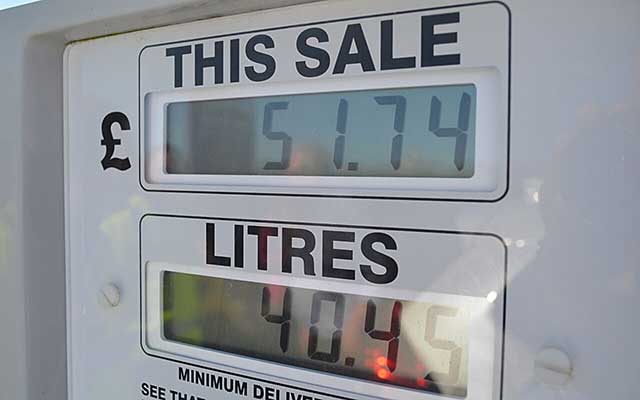 Petrol and diesel are traded in dollars per tonne on the commodity market and, when converting prices to pence per litre for the UK market, a stronger pound makes fuel cheaper at the pump and a weaker pound makes it more expensive.

It hurt drivers’ finances most in October last year when a rise in the commodity price of fuel combined with the pound slumping towards $1.21. At the same time, in 2015, the pound had been worth around $1.54. The exchange-rate difference added more than 6.5p to the wholesale price of a litre of petrol which, with VAT, penalised drivers with an increase close to an extra 8p a litre at the pump or £4.30 a tank.

“An extra £140 on a family’s annual petrol costs, courtesy of the weaker pound, has been a heavy burden. According to latest Office of National Statistics, it would have paid a fortnight’s housing costs, including rent and power for that family. Alternatively, it would have paid for two and a half weeks’ spend on food and non-alcoholic drink,” says Edmund King, the AA’s president.

An extra £140 on a family’s annual petrol costs, courtesy of the weaker pound, has been a heavy burden

“However, the impact of Sterling’s loss in value would have been far, far worse had the price of oil recovered and the commodity price of fuel with it. If the market cost of petrol had returned to the $730 a tonne of June 2015, drivers in October 2016 could have faced paying an extra 12p a litre or £6.60 a tank. For many families, that would have crippled their finances and left them once again having to cut back on food and essentials to afford to drive to work.”

The Treasury has in general been getting less VAT from cheaper oil lowering pump prices. However, because the weaker pound has inflated the wholesale cost, it can console itself with clawing back almost a penny a litre in VAT it wouldn’t have got had the pound remained steady.

Strong competition between the Big Four supermarkets has allowed them to recover the 4p gap between what they charge on average for petrol and the average price among other retailers (111.78p v 115.86p a litre). Diesel at supermarkets averages 4.3p a litre cheaper than at non-supermarket fuel stations (112.30p v 116.60p a litre).

“In the first three months of this year, supermarkets saw their petrol sales drop by 6.2% compared to the same time the previous year. Against a general reduction of 1.8% among all retailers, it spurred a series of supermarket price wars in March, May and twice in June,” says Luke Bosdet, the AA’s fuel prices spokesman.

although the price of oil has risen over the past fortnight, drivers can still find petrol at 110.9p a litre in places. This will help cut travel costs as the summer holidays get underway from this weekend onwards

“These have created deep and enduring price cuts among all four of the supermarkets and, although the price of oil has risen over the past fortnight, drivers can still find petrol at 110.9p a litre in places. This will help cut travel costs as the summer holidays get underway from this weekend onwards.”