Rumours by Fleetwood Mac has been voted the best album to drive to in a poll of over 20,000 AA members to coincide with National Album Day

This year is the 70th anniversary of the album, and the AA poll coincides with the first ever National Album Day which will be taking place on Saturday 13 October 2018. Throughout this week musicians, producers, songwriters, record labels and the public will be celebrating their mutual love of the album format.

In the AA-Populus poll, drivers were asked:

The Top Ten were: 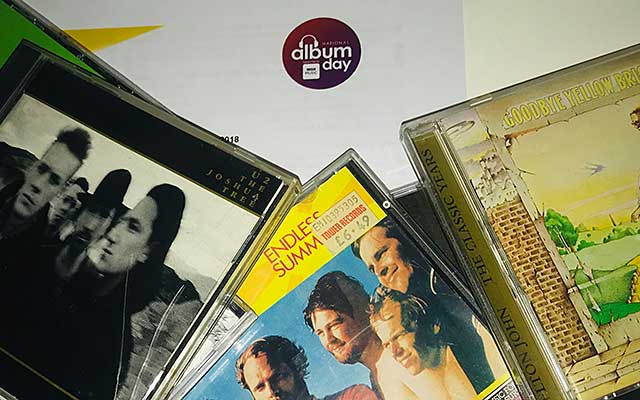 One reason why the 1977 album ‘Rumours’ tops the driving charts may be because one track is synonymous with motor sport. The Chain from Rumours became the theme tune to BBC 1 Formula One coverage in 1978 and was retained by Channel 4 when they began F1 coverage in 2016.

There were some variations within the age groups but Fleetwood Mac’s Rumours made the top two across all age groups.

For the older age group ‘Pink Floyd’ as the artist was also popular with most opting for ‘The Dark Side of the Moon’ or ‘Wish You Were Here’.

Choosing not to listen to an album

Interestingly older drivers were more likely not to listen to an album while driving than younger drivers – perhaps counter-intuitive in the age of streaming.

Percentage saying they wouldn’t listen to an album while driving:

“The car can be the perfect environment for listening to these classic albums. You can select an album to reflect your journey, mood or indeed type of car you are driving.

“Driving down the Pacific Coast Highway in California in a convertible Mustang accompanied by The Eagles ‘Hotel California’ album is perhaps my perfect combination.

“Ed Sheeran’s ‘divide’ might be the perfect album to drive from Ipswich to Cambridge as it takes approximately 46 minutes, according to the AA route planner, which is the same length as the album, but when ‘Castle on the hill’ comes on perhaps drivers should refrain from driving at ninety down those country lanes.

“Elton John’s ‘Goodbye Yellow Brick Road’ would last you the 76.20 minutes from Chipping Camden to Hereford perhaps in a beaten-up Saab.

Is there an ideal type of music to drive to?

“Playing an album can help reduce boredom on long journeys but is there an ideal type of music to drive to?  Some academics** warn that up-tempo loud music may not be as safe as slower, quieter tracks. We are told that if music is above 60 beats per minute, listeners experience a faster heart rate and increased blood pressure which could lead to them taking more risks. Classical music may not be as fast as dance music, but the number of notes, combined with the repetitive crescendo and diminuendo can have the same effect.

“The driver blasting out Wagner’s ‘Ride of the Valkyries’ may react in a similar way as the head-banger booming out Motorhead’s ‘Ace of Spades’. It is all down to the speed of the beat of the music. Luckily our driving Top Ten albums are all good and safe to drive to. We urge people to dust down their albums and enjoy a drive on National Album Day. The car can also be a good ‘private’ place to sing along to your favourite album tracks on your own or indeed in harmony with family or friends.”

“Over a fifth of all music listening takes place in the car - so, as you discover new destinations when driving, you are just as likely to be discovering new music.  It’s no surprise too that Rumours should have proved such a hit with AA members - it’s a classic album, packed with anthemic numbers that are the perfect accompaniment to any long journey, not least The Chain - arguably motoring’s most iconic song.”

Over a fifth of all music listening takes place in the car - so, as you discover new destinations when driving, you are just as likely to be discovering new music

**The research by academics at Ben-Gurion University, Israel.

Research has shown that up-tempo music may cause drivers to have double the amount of accidents as those listening to slower music. The study gave 28 students different types of music, ranging from slow ballads to dance music, and monitored them as they used a driving simulator. Drivers who were listening to music with a fast beat were found to be twice as likely to go through a red light and have twice as many accidents.

Other stand out artists in the verbatim responses and most popular albums:

Some respondents opted for a genre of music rather than artist

Selected quotes from verbatim responses to the survey:

"I just listen to a few gospel songs"

"Varies as depends on my mood"

"Depends on my mood that day"