Oil above $85 a barrel, and speculation that it might hit $100, has spurred the fuel industry to pump up the fuel price misery for drivers. Increased profit margins are adding a further £1 to a tank of petrol, the latest AA Fuel Price Report concludes.

While the Prime Minister spared drivers a 2p hike with a fuel duty freeze (3 October), petrol retailers and their suppliers were adding 2p of their own. 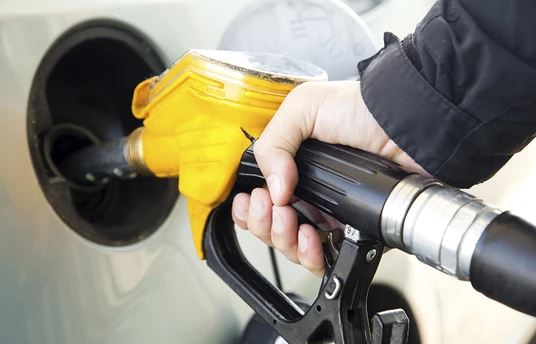 This week, the UK petrol reached an average of 131.58p a litre – the highest since mid July 2014. Diesel has hit 136.66p a litre, having suffered a wholesale price surge that puts the average at its highest since the middle of March 2014.

By comparing the wholesale price of petrol with its pump price minus tax, the AA can show how fuel retailers and their suppliers have exploited the speculation around oil and commodity market volatility. Although the price of oil breached the $85 barrier in early October, the return refiners get from converting it into petrol is down more than 10% compared to August.

This shows that, despite a significant drop in the costs to the retailer and supplier, the average price motorists pay for their petrol has hardly budged. The barest of exceptions was when Asda initiated a pump price battle on 26 September. That saw the average price of petrol fall from 130.98p a litre on the Wednesday to 130.48p a litre on the following Tuesday. After that, forecourt prices started to rise again.

As it takes around a fortnight for wholesale price changes to be fully reflected at the pump, a two-week adjustment of the wholesale price track reveals that, over the past month, the average forecourt price margin has been pumped up by 2p a litre when compared to late summer.

This is what the fuel industry has termed in the past ‘smoothing’ – where oil or commodity price volatility creates a series of ups and downs with the wholesale price. The retailers / suppliers then ‘smooth’ the pump price across the dips until either the wholesale price settles at the higher level or drops so much over a sustained period that they eventually start to pass on the savings.

It is what the AA and motorists call ‘rocket and feather’ pricing, for which the Office of Fair Trading said in January 2013 there was little evidence.

“Pump prices waste no time in going up when wholesale costs rise. But, when those costs fall away, any pump price reductions never seem to reflect the full saving. This has created a background trend of continually rising prices for the consumer - adding another 2p to a litre or £1 to a tank of petrol as the industry profits more from fuel,” say Luke Bosdet, the AA’s fuel price spokesman.

Pump prices waste no time in going up when wholesale costs rise. But, when those costs fall away, any pump price reductions never seem to reflect the full saving

“All this comes at a time when pump prices are at their highest for well over four years. Even when petrol averaged 120p a litre last year, 36% of 20,000 AA members told an AA- Populus survey that they were cutting back on car use, other spending to compensate, or both.”

Bosdet adds: “What is galling for the Government is that, having won the favour of drivers by announcing a further freeze of fuel duty, the consumer won’t see any of it if the fuel industry continues to use wholesale savings to bump up its profits. There again, with petrol now 13p a litre dearer than a year ago and diesel 16p more expensive, the Treasury is already gathering an extra £1 per tank in VAT.

What is galling for the Government is that, having won the favour of drivers by announcing a further freeze of fuel duty, the consumer won’t see any of it if the fuel industry continues to use wholesale savings to bump up its profits

“No doubt, when the Chancellor presents his budget two weeks on Monday, the Treasury will copy the Germans by increasing insurance premium tax. What drivers really need is a copy of Austrian fuel price transparency and competition, to shake up UK fuel retailers. Either that or a U-turn in the decision to cut electric vehicle grants so that more and more drivers can switch from petrol or diesel and escape this highway robbery once and for all.”

Between retailers, a comparison of pump prices on Monday shows that supermarkets continue to offer the best deal. Tesco’s price move closer to its supermarket rivals is welcome. With more than 15% of the UK fuel market, it has helped to widen the gap between supermarket and non-supermarket petrol prices to nearly 5p a litre.

Department for Business, Energy and Industrial Strategy figures released at the end of September show that supermarket petrol sales for the first half of this year increased 2.2% while sales at other retailers flat-lined.