Caught in a trap

We've launched a campaign to fight back against rampant ticketing by council and private parking enforcers, to ensure that first-time offenders in bus lanes and yellow box junctions get a warning letter instead of a fine, and residents are no longer taxed for parking outside their homes.

Called ‘Caught in a Trap’, we've written to the Secretary of State for Transport asking for government intervention to restore the principle of deterrence in the enforcement of parking and moving traffic offences – instead of the harvesting of fines at every opportunity. 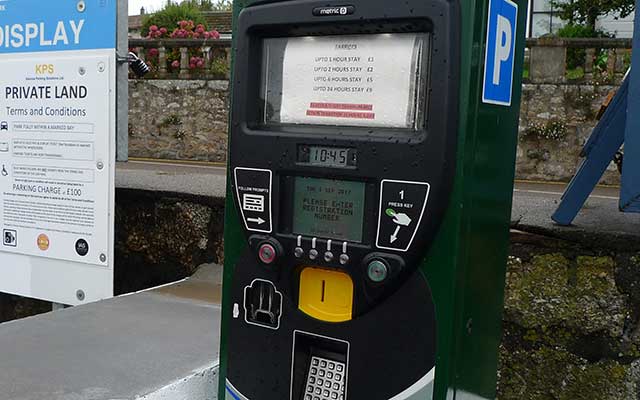 Gearing up for a bumper Christmas of PCNs

Freedom of Information evidence shows that tourists visiting some of the UK’s top holiday destinations this summer were treated like lambs to the slaughter by councils who urged them to visit and then fleeced them for parking fines. A sample of 50 councils across the country issued nearly 450,000 parking tickets and hauled in more than £16 million in fines income.

The AA now fears that, with the squeeze on parking and with people in a rush and held up in queues, the same fate will befall thousands of Christmas shoppers who simply make an honest mistake.

Freedom of Information requests, for the number of parking tickets issued and parking fine income received from July to September, reveal that some councils handed out tens of thousands of Penalty Charge Notices, some just hundreds.

Most shocking was the variation in parking fines income at tourist destinations with similar numbers of visitors. Some netted millions of pounds, some less than £5000.

Income at this rate should mean flawless roads

Councils argue that parking fines income is, as required by law, ploughed back into local transport and filling in potholes. The AA argues that some London and other city councils made so much this summer from parking fines that, if this rate of income is maintained throughout the year, their roads should be flawless. The latest ALARM report, which monitors the condition of local roads, says the average annual carriageway maintenance budget shortfall per London authority is £2.5 million.

Indeed, the £2.338 million taken in parking fines by Edinburgh City Council this summer would contribute more than a tenth of the £20 million Scottish Conservatives say is needed each year to fix potholes across Scotland.

Some councils have a light touch, while others use a sledgehammer

“What is clear from the FOIs is that some councils enforced their summer car parking with a light touch, while others used a sledgehammer. Here lie the absolute fundamentals of our ‘Caught in a Trap’ campaign: the need to restore the balance between enforcement and deterrence, and the need for targeted fines that direct driver behaviour - not punish every single little mistake because it is a nice little earner for councils and private companies,” says Edmund King, the AA’s president.

Having raked in millions of pounds in parking fines during the tourist season, we fear many councils and private parking companies will do the same in the run-up to Christmas

“We acknowledge and welcome the fact that some councils are offering Christmas shoppers periods of free parking. However, having raked in millions of pounds in parking fines during the tourist season, we fear many councils and private parking companies will do the same in the run-up to Christmas.

“The AA’s ‘Caught in a Trap’ campaign focuses on the enforcement of moving traffic regulations, such as bus lanes and yellow box junctions, as well as parking. It takes to task the issuing of huge numbers of PCNs, when high percentages are cancelled if challenged. This begs the question why they were issued in the first place?

When a location produces tickets by the hundreds and thousands year in and year out, the cause needs to be understood and rectified - not tapped for every pound a council or private company can get

“We are raising our concerns with the Secretary of State for Transport and asking for government intervention to restore fairness across a wide-range of motoring enforcement issues that plague AA members every day. When a location produces tickets by the hundreds and thousands year in and year out, the cause needs to be understood and rectified - not tapped for every pound a council or private company can get.”

In our letter to the Secretary of State for Transport, we set out a list of measures that can be taken to make enforcement of parking and moving traffic regulations fairer and more balanced: