Is your BBQ covered by home insurance?

The rising smoke, the smells of sizzling meats, the calls of hungry guests – there's nothing that says summer quite like a BBQ. What was once a simple pastime has now become something much bigger.

Although cooking with charcoal is still the most common method, many modern BBQs are high-tech machines that use gas to cook and can cost a packet. Before investing in a BBQ, be aware that they're not always covered by your home insurance.

There's also the risk of causing fire damage to your home if you don't pay attention. Every year, Brits cause millions of pounds' worth of damage due to barbecuing while drinking alcohol. So before getting the fire going, it's best to make sure that your policy covers every incident. 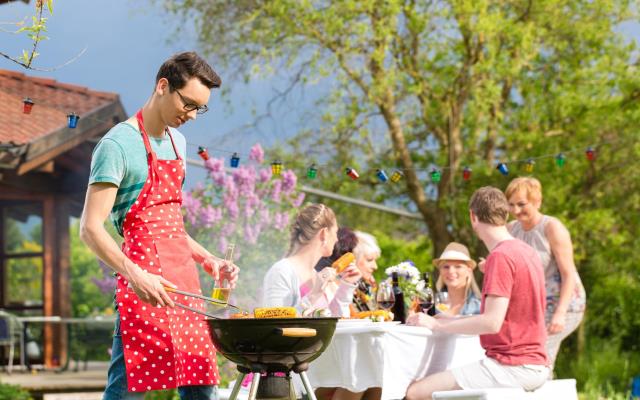 Insurance for your BBQ

The cover for the type you have depends on your policy. Brick built or ground secured BBQs are considered part of the home and will be covered by your buildings insurance.

A portable BBQ is usually covered under the 'contents in the open' clause of your contents insurance. Check your policy document or ask the insurance provider whether you have to pay an extra premium. If it's stolen, the BBQ will usually be considered as an item in your home.

You'll have to prove that it was securely locked away, so ask your insurer if they have any minimum security requirements. It's also important to check the excess you're liable for in a claim: new-for-old cover, with no depreciation applied to its value, may not pay the full cost of replacing even an expensive BBQ.

Most home insurance policies do cover fire damage to your building and contents from a BBQ. You'll also be covered for any legal liability in case your BBQ causes harm to someone or damages property that isn't yours. But it's worth noting that if there's evidence you were drunk at the time of the accident, your insurer could refuse to pay out.

Storage – looking after your BBQ

Portable BBQ models are covered under our home insurance, which can include accidental loss or damage. Higher levels of cover for more expensive BBQ models are also available.