What do new tyre labels tell you?

Similar to the energy labels on domestic appliances like fridges and washing machines, new tyres have to carry a label giving you information about their performance; wet grip, fuel efficiency and noise.

The label's the result of a European regulation aimed at reducing fuel consumption by helping drivers make better choices when they buy tyres. 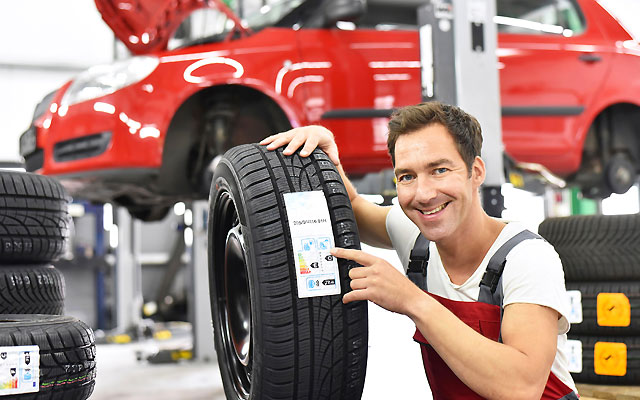 While the information on the label is important it doesn’t tell you much about a tyre's overall performance and doesn't include any information about characteristics such as:

Overall your tyres’ rolling resistance accounts for about 15% of your overall fuel consumption.

How your tyres effect your fuel costs depends on what you buy and how you look after them:

Reducing rolling resistance too far can increase braking distances, particularly in the wet, so to maintain safety the label covers wet grip too.

Tyres also affect the environment because of the exterior noise they generate.

To reduce noise pollution tyre manufacturers must comply with increasingly stringent maximum noise limits, and the bottom part of the label shows the exterior noise level, measured in decibels (dB) and a pictogram with up to three ‘sound waves’ to indicate relative performance: