What's a flooded engine and how do you fix it?

The car engine flooding is a common cause of breakdowns, especially on cool or colder days when the engine needs more fuel to run smoothly until it's warmed up.

If you can't start your car, this could be the problem. Read on to find out what causes a flooded engine and how to fix it. 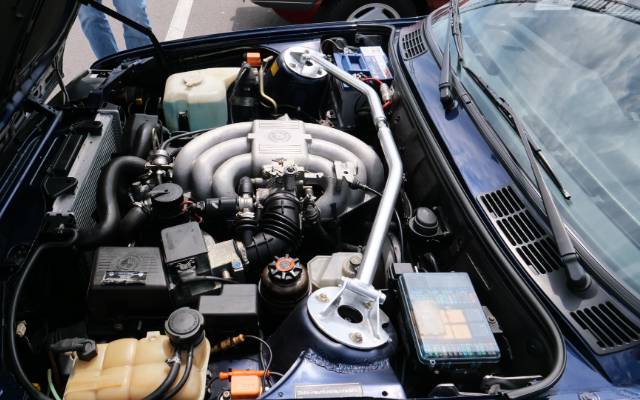 What does flooding the engine mean?

A petrol engine floods with fuel when it’s switched off too soon after being started from cold. After switching off, the unburned fuel remains in the engine. That wets the spark plugs, which prevents ignition and makes the car difficult to re-start.

The petrol can also cause ‘bore wash’ when it removes the oil around the cylinder’s piston rings. It lowers the compression, which is why the engine sounds different and turns over more quickly.


What causes a flooded car engine?

A flooded engine often happens when a car’s moved out of a garage onto the drive or moved a short distance to let someone else out. It’s most common in the spring and autumn.

Some engines are more susceptible than others. It’s most likely with small, four-cylinder engines but can happen to any petrol engine in the right conditions.


How can I tell if my engine's flooded?

You can tell if your engine's flooded when you spot these signs:


How can I fix a flooded engine?

Before you start trying to clear a flooded engine, it's a good idea to close any doors and windows to your house. That's because the exhaust is likely to be very smokey for a few seconds when the engine starts. If the car's in a garage, make sure the garage door's open and there's plenty of ventilation.

To clear the excess fuel:


How can I avoid flooding the engine?

It’s best to always allow your petrol engine to warm up once it’s been started from cold. This only takes a few minutes – it’s warm enough once the engine note changes and the idle speed drops slightly. You’ll also see the temperature gauge move off the minimum.


Can you flood a diesel engine?

In short, no. Diesel engines work differently to petrol engines. They're not usually at risk of being flooded with fuel.


What if the engine is flooded with water?

If your engine is flooded with water rather than fuel, that’s a different problem. It could cause a lot of damage depending on how much water got in. To avoid flooding your engine with water, it’s best to drive carefully through fords and floods.