The AA is advising drivers to plan ahead and carry out crucial car checks before heading out on a summer getaway.

Although the school holidays won’t bring the usual rush this year, the roads are still expected to be busier than recent weeks as families embark on long-awaited staycations to recapture ‘that feeling’ of being on the open road.

The motoring organisation is advising drivers to check traffic conditions on major routes and plan ahead for sun and showers. 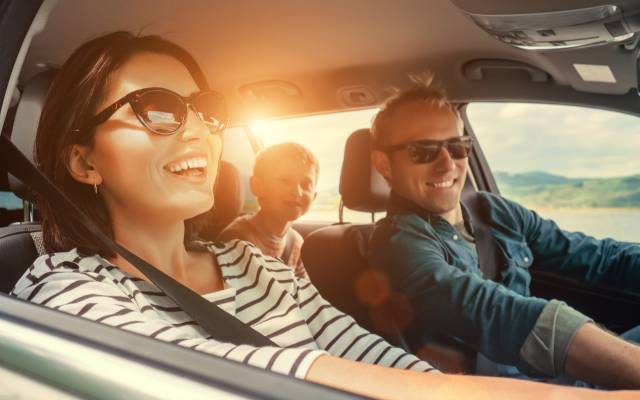 It comes as an AA-Populus poll of over 17,000 drivers reveals many skip essential pre-trip preparation.

Research carried out in June revealed that while the majority of drivers (90%) fill the car up with fuel before a summer journey, almost a third don’t check the engine oil level (30%) or tyre condition (32%).

Worn tyres are more likely to suffer a blow-out, especially in high temperatures, and in the event of a sharp summer downpour worn tyres mean longer stopping distances and an increased risk of aquaplaning.

"Before setting off on your summer getaway, take some time to check the car, especially if it hasn’t had much use in recent months."

Ben Sheridan, AA Patrol of the Year, says: “We’re all keen to recapture that feeling of being on the open road and while it’s tempting to pack up and go, preparation is key. Before setting off on your summer getaway, take some time to check the car, especially if it hasn’t had much use in recent months.

“It’s also worth checking conditions on your route. Motorways and coastal roads to holiday hotspots are likely to be busy. If you can, set off early to beat the queues or wait until later to avoid peak times.

“Plan in some rest stops for long trips and take plenty of things to keep the kids entertained along with a sat-nav, fully charged mobile and any time-dependent medication. Make sure you have plenty of drinking water for everyone, including any pets you’re travelling with. If you do break down, an umbrella can be useful for shade as well as in the case of a sudden downpour.”

For families looking to embark on a staycation, the journey is the perfect time to catch up with the kids, according to the latest AA-Populus driver poll.

The survey of 4,227 AA members who have recently made long car journeys with children under 10, revealed the most popular in-car entertainment to be:

Edmund King, AA president, said: “The summer getaway makes for a welcome change of scenery and family time away from other responsibilities. It's understandable that for the third year running, talking and traditional car games are top of the polls for family journeys. It goes to show that a good chat and a game of 'I spy' can still trump the latest gadget.”