Sign could help tackle barrier to EV ownership: ‘a lack of charge points’

More than eight out of 10 drivers (85%) say that the signs for electric vehicle charge points should be turned green to make them more prominent according to an AA Survey*.

More than 17,500 drivers took part in the study which asked what the signs should look like. It pitched the existing sign approved by the Department for Transport against a design created by the AA Signs team.

The analysis was carried out following a survey in December 2019 where nine out of 10 drivers (89%) said there should be a universal sign to indicate where charge points are**. 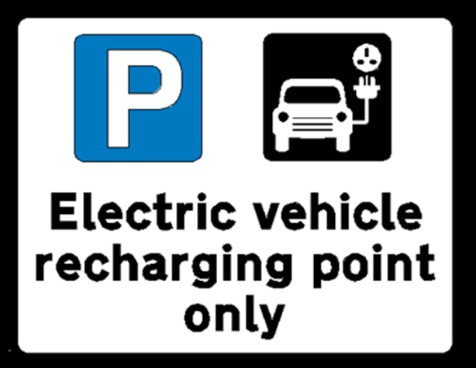 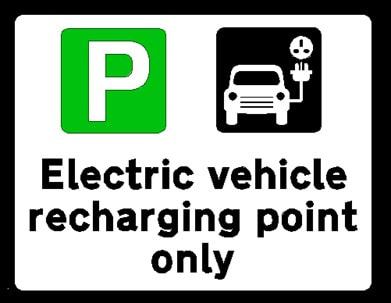 Drivers have frequently advised that they perceive there is a shortfall of charge points, but there are more charge points than fuel forecourts***.

Changing the sign could help break down this barrier to ownership as it will make charging points stand out. It could also help reduce the number of “ICE-ing” cases, where a petrol or diesel vehicle parks in an charging bay.

Jack Cousens, head of roads policy for the AA says; “Drivers believe there are a lack of charging points, but the case is they are hidden in plain sight. While fuel forecourts have the benefit of large totem poles, charge points can blend into the background.

“Changing to a green parking sign will help them stand out and reassure drivers who are thinking about buying an EV that there are more charge points than they think.

“We have also seen that charge points keeping the blue parking sign have accidently fooled drivers into parking in a charging bay and have ‘ICE’d-out’ electric cars.

“It may seem such a simple, low key change but sometimes it’s all that’s needed to help make a big difference.”

* Populus received 17,628 responses from AA members to its online poll between 11th – 18th February 2020. Populus is a member of the British Polling Council and abides by its rules.

** Populus received 17,643 responses from AA members to its online poll between 10th – 17th December 2019. Populus is a member of the British Polling Council and abides by its rules.