E10 petrol just one month away, but no need to panic, advises AA

Over 98% of UK petrol cars can run on the fuel

With forecourts already changing the E5 logos for E10 on their standard unleaded pumps ahead of the fuels official introduction next month*, The AA is advising drivers not to panic-buy super unleaded, as the likelihood is their car will run fine on E10.

As part of the Government’s drive to reduce CO2 emissions, the potential amount of bio-ethanol added to unleaded petrol is being increased from 5% to 10%. While some older cars could be damaged by prolonged use of E10, the vast majority of motorists won’t need to switch to using super unleaded, which will remain at 5%.

Over 95% of petrol cars in the UK can run perfectly well on E10, but some older models, classic cars and motorcycles shouldn’t use it. 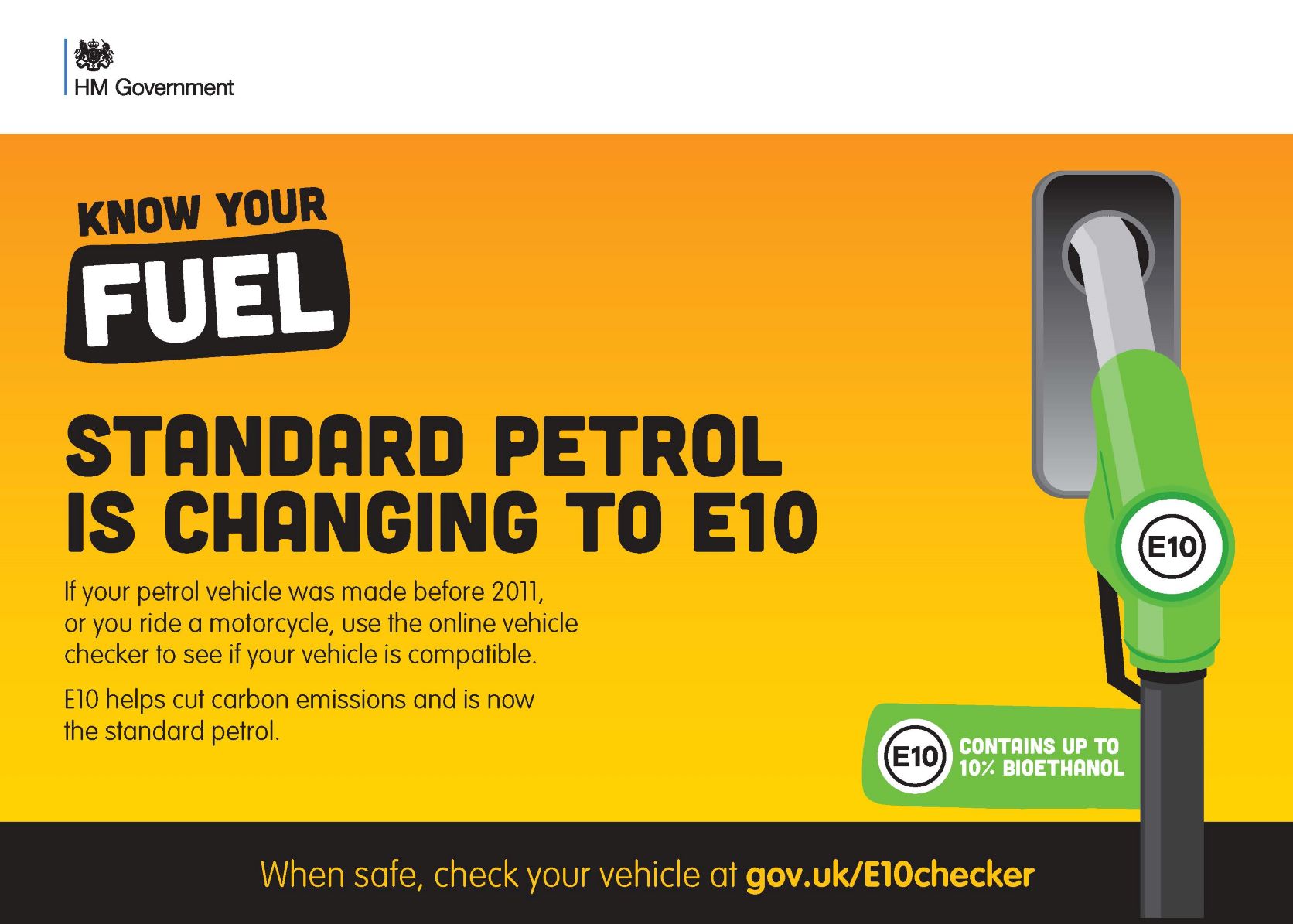 AA Technical specialist, Greg Carter says: “Over 95% of petrol cars in the UK can run perfectly well on E10, but some older models, classic cars and motorcycles shouldn’t use it.

“The extra bio-ethanol content can be more corrosive to older fuel system components, so drivers of older cars and motorcycles should check the Government website before heading to the pump**.

“Petrol powered garden machinery and generators are also likely not to be compatible, so these should use super unleaded after September.

“If you do drive an incompatible vehicle and accidentally fill up with E10, don’t worry, just fill up with super unleaded next time. There’s no need to get it drained as it takes some time for any damage to occur.”

More about fuels and the environment