What decides how much car tax I pay?

It depends when the car was first registered:

What are the current car tax (VED) rules?

In the Autumn 2017 budget the Chancellor announced an increase in the first year VED rate for new diesel cars first registered after 1 April 2018.

The emissions test that Euro 6 diesel cars have to pass before they're approved for sale includes a more demanding, on-road 'Real Driving Emissions (RDE)' test from September 2017. This test is set to become even more stringent from January 2020 when 'RDE step 2' comes into force.

To encourage car manufacturers to introduce cleaner, RDE2 diesels earlier, the CO2-based first year VED rate for diesel cars first registered after 1 April 2018 will be one band higher than shown in the table unless the car was approved to the RDE step 2 standard. 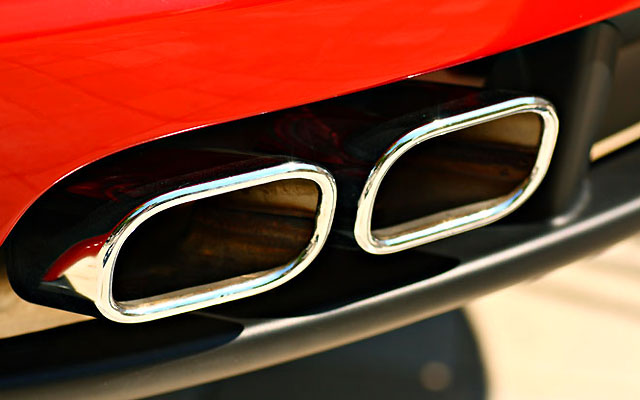 All vehicles registered in the UK and used on public roads must be taxed.

If you’re not using it, you must either let the DVLA know that your car's being kept off-road with a SORN (Statutory Off Road Notification) or continue to tax it.

If you buy a new car today or buy a used car that was first registered since 1 April 2017:

* For diesel cars first registered after 1 April 2018, the CO2-based first year rate of VED will be one band higher than shown in the table unless the car was approved to the RDE step 2 standard.

Your car will fall into one of a series of bands based on official CO2 emissions.

A different first year rate, payable at first registration only and sometimes called the 'showroom tax', was introduced in 2010.

Pre-2018/19 rates are shown only for comparison purposes

Car tax is based on engine size, as official CO2 data wasn’t generally available. So, if the engine is:

Is it car tax or road tax?

Cars started being taxed in 1920 as local councils had to start registering all vehicles. It was called Vehicle Excise Duty (VED) and was based on horsepower. Tax discs were later introduced in 1921.

This new tax was initially used for building and maintaining roads. As it was paid directly into the ‘road fund’ it was known as the Road Fund Licence or road tax.

In 1936, road works were being paid for by government grants. As the road fund wasn’t needed any more, it was abolished in 1955. So while it might have been right to refer to it as road tax or the Road Fund Licence before 1936, this hasn’t been the case since.

One of the biggest changes in DVLA history was the abolition of the 93-year-old tax disc, on 1 October 2014.

Also, the DVLA now issues automatic refunds on car tax – for any full months left – to the registered keeper when a vehicle is sold, scrapped or a Statutory Off Road Notification (SORN) is made. In the past, when you bought a used vehicle, the tax disc and any unexpired tax remained valid.