More than 17 million drivers will make Thursday 19 and Friday 20 December the busiest on the roads this festive season as Christmas journeys combine with commuter traffic.

With holiday dates staggered, some families have the opportunity to travel earlier, creating a twin peak of getaway traffic before a last-minute shopping rush on Saturday.

An AA-Populus poll of 17,893 members* found that 53% expect to drive on main roads and motorways on Thursday (19th) and 52% on Friday (20th) – equating to more than 17 million drivers respectively.

Traffic is expected to peak from 4pm on Friday, with delays to journey times on some stretches of motorway including the M25, the M5 between Bristol and Weston-Super-Mare and the M6 around Birmingham. In addition stretches of the M1 ‘smart’ motorway from Luton northwards can often suffer congestion from incidents or breakdowns, as can the M62 and M60 in the North West.

Northern Ireland is set to have the busiest roads, with 65% of AA members there saying they will be making a significant journey by car on Friday 20 December. London is least likely to suffer from an early Christmas traffic surge on Friday, as two fifths (42%) will be using their car for a journey involving main roads or motorways. 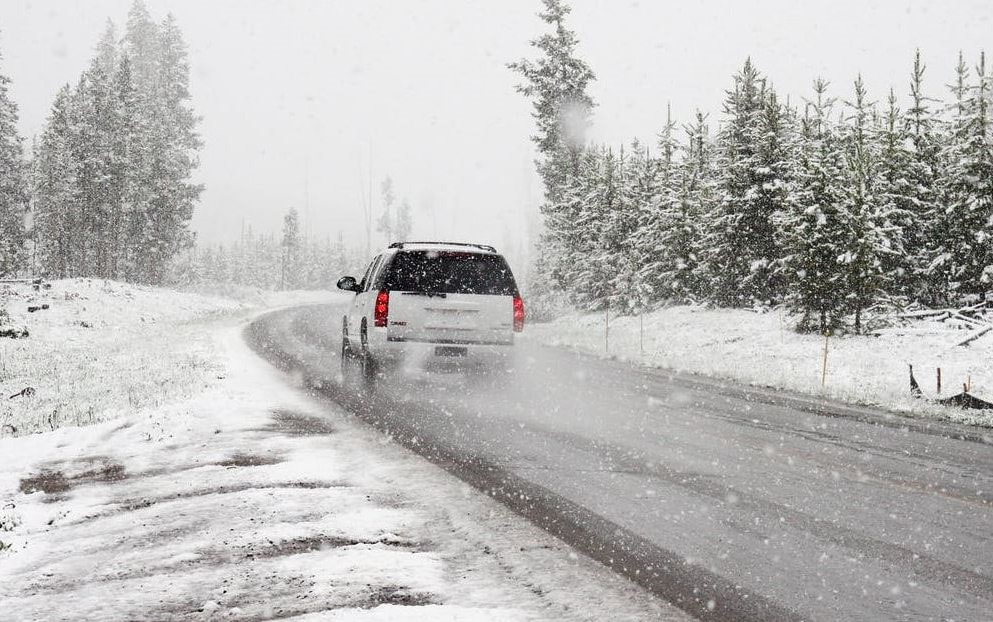 When it comes to road-trip entertainment, Chris Rea’s ‘Driving home for Christmas’ tops the festive journey playlist. In a survey of 7,409 AA members, more than a quarter (27%) named it as their favourite Christmas song to drive to, followed by ‘Fairytale of New York’ by The Pogues and Kirsty MacColl (13%). Wham’s ‘Last Christmas’ came in at third place, with 7% of respondents naming this as their favourite Christmas driving song.

More than two fifths (45%) of drivers will be making journeys on Saturday (21 December) as last-minute shopping traffic combines with visits to friends and family.

Later in the week on Christmas eve, nearly half (46%) of drivers will be making festive journeys. Reduced commuter traffic will to some extent be offset by increased leisure traffic, with more than one in five (21%) visiting family and friends.

Christmas day is typically one of the quietest of the year for both traffic and breakdowns. Last year, the AA helped rescue Christmas for just over 2,700 members who were unlucky enough to break down on Christmas day; far fewer than the daily average of 10,000 breakdowns. This year, a third (33%) of drivers say they will be making a journey on Christmas day – equating to nearly 11 million.

Ben Sheridan, AA patrol of the Year, said: “We want people to keep up the holiday spirit when they are driving home for Christmas and, besides having your favourite festive playlist ready to go, the best way to ensure a trouble-free journey is to plan ahead.

“Check the traffic reports before you leave and try to travel when it’s quieter if you can, or consider taking a different route to beat the jams.

“The good news is that Christmas falling mid-week may help to spread journeys out. We still expect peaks in traffic as the staggered getaway from work and school is followed by last minute shopping trips on Saturday, but visits to friends and family are more likely to even out over the week.”

"Drivers will want to do all they can to avoid breaking down, especially on a motorway or in the live lane of a smart motorway, and one of the easiest ways to do this is to check the car"

He added: “Drivers will want to do all they can to avoid breaking down, especially on a motorway or in the live lane of a smart motorway, and one of the easiest ways to do this is to check the car. Some basic checks before a long journey can help avoid a Christmas breakdown; this includes ensuring you have enough fuel and all the lights are working, checking the engine oil and level topping up the windscreen washer fluid and anti-freeze. Crucially, check the tyre condition and tread depth and adjust tyre pressures for a full load if necessary.

“Along with the Christmas presents, make sure you pack the essentials for your trip including warm or waterproof layers, food, water, a torch, fully-charged mobile and an atlas or sat-nav in case of diversions. If you’re travelling with children, take plenty of things to keep them entertained.”

Shopping and day trip traffic will peak on Saturday (21 December), with 24% of respondents heading out on main roads or motorways for some retail therapy. The AA advises drivers to leave early to beat the queues and use park and ride facilities where possible. The AA app can also help members to find car parks and even set a parking timer.

Ben added: “If you’re doing some last-minute Christmas shopping, many retailers will be happy to let you leave your items to collect later, rather than make repeated trips back to your car – thieves love Christmas and thefts of items from cars tends to rise in December.

“Before leaving your car, remember to take any valuables with you and never leave shopping bags on show. Always check that the car is locked before walking away.”

While quieter, the roads won’t be completely deserted on Christmas Day, with a third (33%) of respondents likely to be out on main roads or motorways.

Relatively few plan to brave the high street sales on Boxing day, with just 6% heading out to the shops. By comparison, more than a quarter (27%) will be driving to visit family or friends.

Travel intentions remain comparatively low between Christmas and the New Year, with commuter traffic building up slowly. The bank holidays falling mid-week means there will be a gradual return to work, as just over one in 10 (12%) head into the office on Friday (27th), 15% on Monday (30th) and 14% on New Year’s Eve.

Even the big return of rush-hour is staggered, with a fifth of drivers (20%) on our busiest roads heading to work on Thursday 2nd January. The AA is expecting a surge in flat battery breakdowns on Friday (3rd) and Monday (6th) after many cars go unused over the holidays.

*Populus received 17,893 responses from AA members to its online poll between 12th and 19th November 2019. Populus is a member of the British Polling Council and abides by its rules.