Tips for tipping on your travels

Us quintessential Brits love to be polite and we hate to cause a scene, so nothing creates a flutter of anxiety quite like the question ‘how much are you supposed to tip?’

It's even more confusing when you’re on a holiday outside the UK and the customs are different. When should you tip, how much, and who do you give it to?

Different countries have different customs and expectations, so we’ve done our best to come up with the definitive guide to tipping around the world.

And no tip necessary. We’re just happy to help. How to tip around Europe

Whether you’re tipping in Spain or tipping in Paris, fortunately most European countries have settled on following the behaviour of their neighbours when it comes to giving gratuities. But before you follow our tipping guidelines below, check that a gratuity or service charge hasn't already been added to the bill.

If you want to err on the side of caution and look polite – and show appreciation for a particularly good meal out – consider adding a tip of around 5-10%. A couple of extra euros or rounding up to the nearest 10 will usually do the trick.

When it comes to ordering drinks at a bar it’s not customary or expected for you to leave a tip each time. Throwing some loose change into a barista’s tip jar or leaving a few euros for someone after a few cocktails might be appreciated, though.

There’s no expectation for you to tip your taxi drivers, but it’s always appreciated. Rounding up to the nearest euro is a polite gesture, and it’s also helpful (so the driver does not have to dish out change). For help with bags or a long journey, a tip of around 10% is the norm.


Tipping in Australia and New Zealand

The general consensus around Australia and New Zealand is that a tip isn’t necessary, but always appreciated. Apply a similar approach as you would for a holiday around Europe. 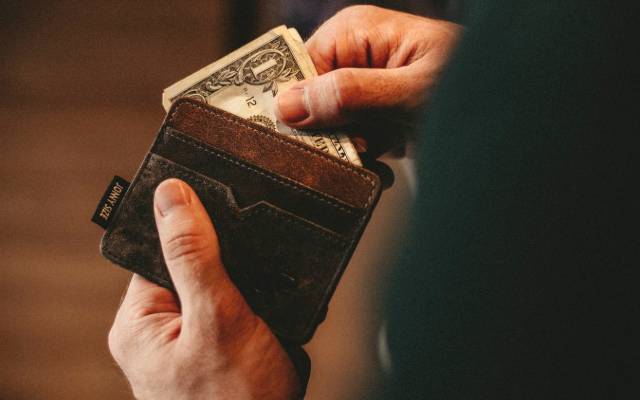 The culture of tipping in America is probably the most different to what we're used to in the UK. Servers in the US are often poorly paid so they make most of their money from tips.

Any meal or experience where there’s table service, you should tip at least 15-20% of the total bill. If you’re particularly impressed, you can go up to 25%. Servers in buffet restaurants who clear your plates and bring drinks are expected to get around one dollar per diner.

Tipping isn’t necessary or expected if there's no table service. You can pop a few coins in a tip jar in line at Starbucks, but don’t feel obliged.

There’s a different culture when you’re at a bar in the States. You’re expected to tip for every drink you order. A dollar per drink if you’re paying for each upfront, or 15-20% of the total tab is enough for a good tip.

Some people tip around 10-15% of the total fare, but most cab drivers would be fine with a dollar or two.

Keep dollar bills handy to tip any bellboys - a dollar per bag is enough - and leave some out for housekeeping at the end of your stay – many hotels in the States leave envelopes out for you to tip the cleaning staff. If you use a car valet service, a tip of a few dollars is customary.

Generally the most popular destinations in South America - including Brazil and Argentina - don't have a tipping culture. It's considered polite to give a little tip as a thank you to hotel workers or tour guides.

If you enjoy the service at a restaurant or bar, it's a nice gesture to round up the bill or leave a 10% tip, but it's not a major faux pas if you don't as this can sometimes be included as “servico".

The main exception is if you visit Paraguay. Service workers usually get paid a low wage here so a generous tip here and there will be much appreciated. A few hundred Guaranis for good service, or adding 15% of a bill will usually do the job.

Tipping in Central America, Mexico and the Caribbean

The LAC region (Latin America and the Caribbean) is a hugely popular destination for holidaymakers, and luckily tipping culture isn't too difficult to get right.

Central American destinations like Costa Rica and Ecuador follow a similar attitude to places in South America when it comes to tipping. Often restaurants around Central America will include a 10% charge labelled as “propina” or “servicio” - especially if it's a more tourist-heavy area.

Tipping in the Caribbean

Tipping is standard throughout the Caribbean. If your hotel doesn't automatically add service charges to the bill, tipping is welcome for employees such as bellhops and maids.

Generally, Caribbean bellhops receive 1-2 dollars per bag, but this amount goes up as the class of the hotel does. Restaurants will most likely add a 10% service charge. Additional tipping is up to you, but isn't expected.

There's no 'one tip fits all' rule for tipping in Mexico but rounding up bills by 10-15% is considered a nice gesture for good service. What you should remember is to tip in pesos where possible. You can tip in US dollars if you have them, but Mexican locals can't exchange or use US coins, just notes.

Tipping is expected throughout most of Africa, especially in popular destinations like Egypt and Marrakesh.

Because you'll have the opportunity of going on safaris or wildlife expeditions in lots of countries, like Kenya and South Africa, you'll likely have questions about tipping the tour guides. A good rule to follow is: In Singapore, most restaurants will add a 10% tip to your bill so a tip isn't necessary. You'll also find that many taxi drivers and other service workers will try to return any tip you try to leave them. It'll be appreciated if you give a few Singapore dollars to workers in your hotel, though.

It's common to tip at least 10% of the bill for a sit down meal. Tipping street vendors isn't expected, and tipping at a bar is really up to you. If you give a tip for your first drink at a bar with table service, you might find that the waiter comes around to check on you a bit more frequently.

In your hotel you might find a tipping envelope left for housekeepers. It's polite to leave something in there at the end of your stay, but it doesn't have to be too much.

Before entering a taxi or a tuk-tuk in Thailand make sure to agree on a price in advance or make sure there's a visible fare running so you can keep an eye on the price. It's common to round up to the nearest bill and leave the change as a tip.

Part of the Thailand experience is enjoying an authentic Thai massage. If you have one, you should tip around 10-15% and hand it to the masseuse directly.

Tipping isn't a common practice throughout China, though if you take a tour, it's customary to thank your guide with a small tip.

It’s all made simple if you’re holidaying in Japan: don’t tip. It’s considered rude to give money to a server, and many will try to return your money.

In India, tipping isn't necessary but will be appreciated. a 10% tip on a restaurant bill is considered generous, and tipping hotel workers will also be considered a nice gesture.

If you visit temples, you'll likely be asked to give small amounts of money. If you are 'blessed' by someone, you should tip as this is considered a kind act. However, be careful of people who might be waiting around tourist areas who'll give you information and then demand a tip.

Use your judgement; be safe and sensible, but don't feel like you must tip everyone who's asking for one.


Tipping in Dubai and the Middle East

Most restaurants in the United Arab Emirates and Middle Eastern countries will include taxes and a service charge on the bill. Tipping in hotels isn't necessary.


Tipping during a UK staycation

If you’re visiting the capital for the first time, do you tip in London?

The UK is fortunate enough to have a minimum wage in place for all service workers, so not leaving a tip isn’t quite the faux pas it is in the States. But it’s customary to leave 10-15% of the total bill when dining out, or more if you had particularly good service.

However, London restaurants might automatically add on a service charge (usually 12.5%), especially if you're eating out as a large group, so check your bill to avoid tipping twice. Under the Consumer Rights Act, you won't have to pay the service charge if you feel you received poor service.


Tipping for a cruise

If you’re going on a cruise (link to cruise insurance when live), you might have the option of pre-tipping. At the point of booking, some cruise lines suggest adding on a ‘per day’ tip amount, usually around £5-£10 per day.

If you haven’t tipped at the point of booking, it’s customary to leave an amount that reflects how many days you’ve been on the cruise.


How can I know my tip goes to the right people?

Whether you're in London or Mumbai, the best way to give a tip is to hand it directly to the person you're tipping.

Sometimes leaving a tip on card goes to the business itself and you can't always be sure it'll be split with the staff. If you can, keep some small bills or coins on you to leave as a tip.