Boiler cover which pays for itself

The biggest home running cost for most people is gas and electricity, just as the biggest car running cost can be fuel, according to AA Home Services.

Today the AA launches a radical new boiler cover and energy switching service which guarantees to save members £200 on their gas and electricity costs and non-members £150.

It not only protects a user's gas boiler – the largest consumer of energy in the home – against breakdown, but ensures that it burns the cheapest energy available while the home also benefits from the cheapest electricity supply, too.

The 'big six' energy providers have made £ billions in profits over the last six years according to Ofgem (and more big profits expected to be announced on 23 February*). 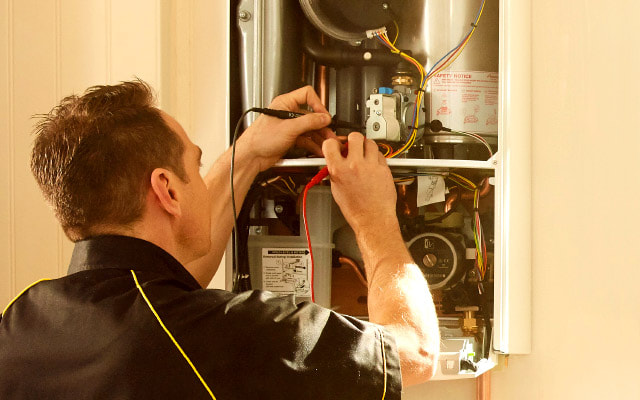 Why the big idea

One of the biggest expenses for consumers is energy bills and many people are in the dark on how to get the best deal.

That's why the AA is launching an imaginative new service that both ensures customers never overpay for their energy again and provides prompt help if their boiler breaks down.

In the same way that AA roadside members trust the expert service they receive to get their car running again, the AA also provides a fast response when customers have no heating or hot water. Basic 'no fix, no fee' boiler cover (so if the boiler can't be fixed, the excess is refunded) starts at only £5.99 / month with the option to upgrade to include an annual service.

The AA makes no charge and takes no commission from energy companies for this service. And it is completely independent – unlike price comparison sites that do take commission so may not always show the cheapest option.

James Hosking, director of AA Home Service, said: "Because anything can happen, we want to give consumers a better energy deal while also continuing to ensure that they enjoy first-class boiler cover.

"The savings customers make by us switching their energy suppliers will pay for their boiler cover or we will top it up. Consumers can put their trust in the AA to save them money and get brilliant boiler cover.

"In our trial the average saving was £250 – the lowest was £79 and the highest an eye-watering £934. Join us and let us save you money while keeping you warm.

"It really is a win win situation."

Why is it important?

This service is provided in association with Flipper and for no subscription cost.

The AA/Flipper service keeps users on the best energy deal without the stress of switching themselves.

Flexible cover to meet your needs, and keep your home warm and working