The AA were asked by Toyota GB to attend a Toyota Mirai Fuel Cell Electric Vehicle (FCEV) at Green Tomato Cars in Isleworth, which had run low of fuel.

This gave us a second opportunity to use our hydrogen refuelling system, supplied by Fuel Cell Systems Limited, on board our state-of-the-art technical development van. Previously we supported another Hydrogen Fuel Cell car manufacturer, Hyundai, on their epic 1,000 mile zero tailpipe emissions journey back in early 2019

With Patrol of the Year Ben Sheridan at the controls, we set off to Isleworth to attend the AA’s first live mobile Hydrogen refill. 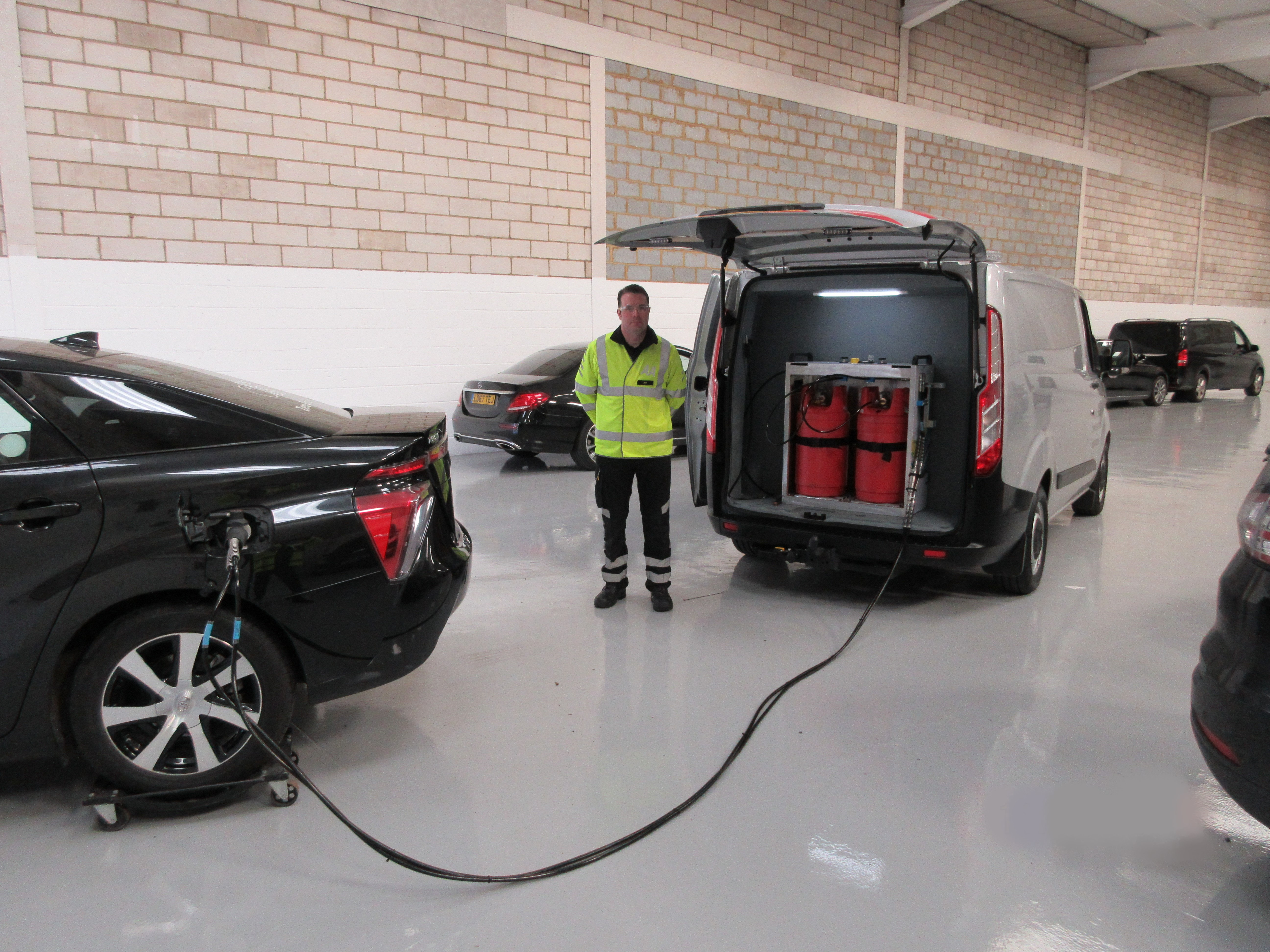 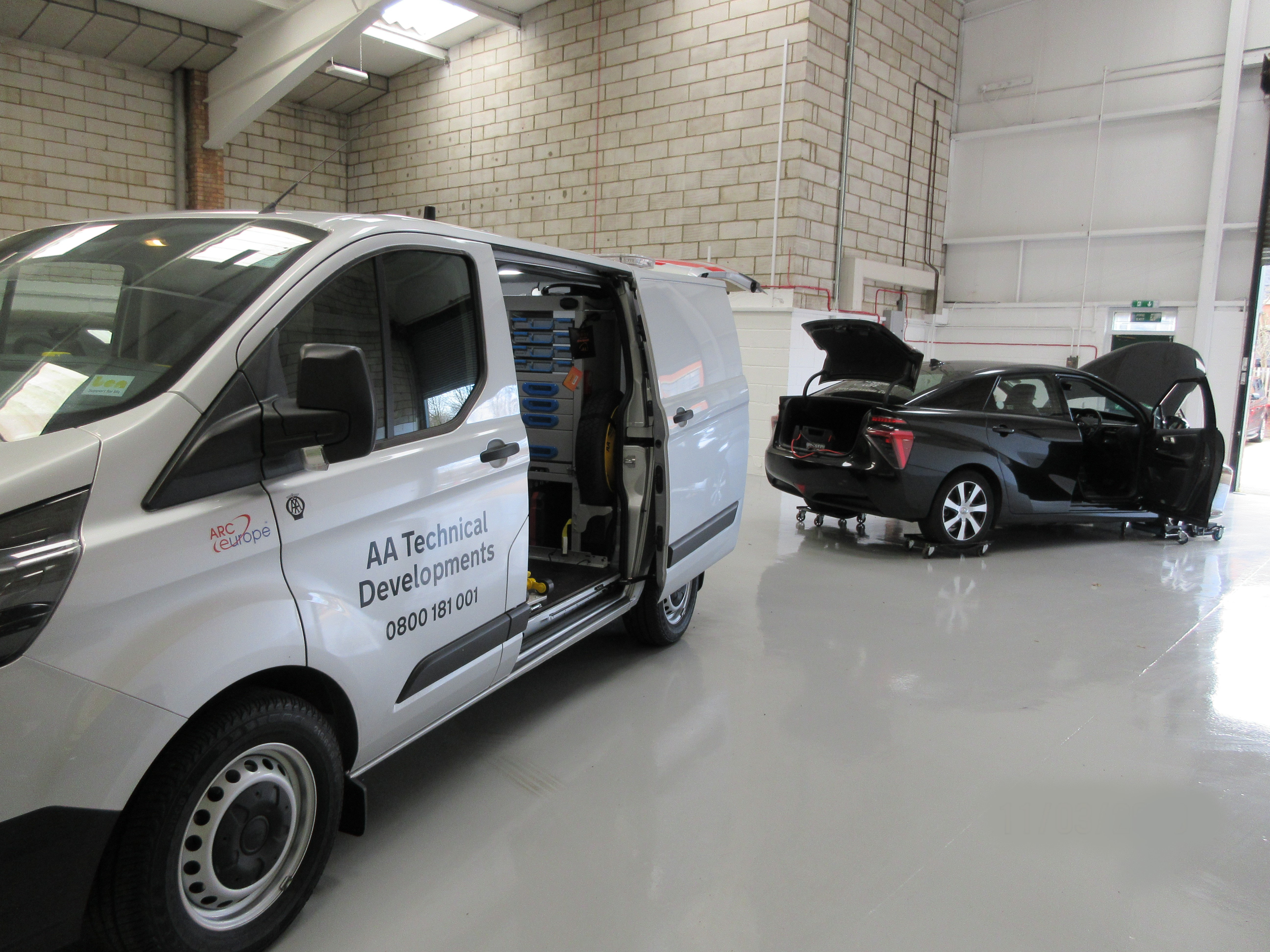 As reported, there was a Toyota Mirai which needed refuelling. Unlike traditional liquid fuels, hydrogen needs to be refuelled by pressure. This means there has to be higher pressure in our gas bottles than in the cars fuel gas tanks. When full, the Mirai gas tanks are pressurised to 700 bar (around 10,000 psi). This goes down to zero when empty. Our tanks are filled to around 350 bar so once connected, the gas pressure equalises between the car and our gas tanks, giving approximately a quarter of complete refill. We carry two separate tanks, allowing us to provide enough gas to partially refuel two vehicles.

In the end we successfully refuelled the Mirai with plenty of hydrogen to get it the nearest hydrogen refuelling station and in the process made a first for the AA.