The costs and benefits of a greener car

Conventional vs electric or hybrid – choosing a new car is fun, but drivers are increasingly mindful of the negative effects of diesel and petrol vehicles on the environment.

Yet drivers still have concerns about owning an electric vehicle (EV). A 2021 survey of AA Members found that 81% thought new electric cars were expensive, and 77% didn't believe the range on a single charge would take them as far as a full tank of fuel.

But the number of charging points was a major gripe, 68% of respondents believing there weren't enough stations across the UK. But if access to charging points improved, then almost three-quarters of those surveyed would have more confidence in owning an electric car.

Drivers in general are also becoming aware that the choice of either a petrol, diesel, hybrid or an electric car will affect their insurance premium. 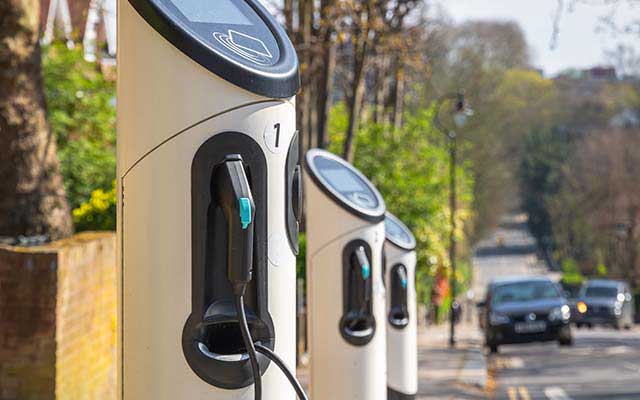 The road to zero

The government has proposed the following principles for EV adoption and ownership:

Before these key dates, there will be a steady shift towards buying hybrid and electric cars, and in turn the cost of insuring them is likely to fall.

What is the cost of electric car insurance?

The general cost of car insurance depends on various factors including your age, driving history, where you live, and the cost of repairing your car after an accident.

The insurance for an EV can be more expensive simply because the cars cost more than an equivalent conventional vehicle, and they're equipped with technology that's costly to repair or replace. But this can be offset by the safety driving features that come as standard with electric vehicles.

The premium is also partly balanced by the money-saving benefits, such as the cost of charging, lower annual vehicle tax, and usually a discount on an urban congestion charge.

So keep checking what the insurers are offering, for as the market becomes more competitive, premiums for electric car insurance are likely to fall. Plus it's important to know just what's covered for your money.

For example, check that you'll be covered if someone trips over the charging cable outside your house. AA comprehensiive car insurance does cover you for this liability.

Even though a conventional vehicle can be cheaper to insure, you could pay more in fuel and taxes.

That's where electric cars are different. For new cars registered from 1 April 2017, the first year vehicle tax for cars costing under £40,000 depends on their official emissions – ranging from £0 for zero-emission electric cars up to £2,245 for cars emitting more than 255g/km CO2.

After the first year the standard yearly rate drops to £155, and zero-emission cars remain at £0.

What are the benefits of getting an electric car?

When you're looking for your next car, the pros of owning an EV include:

What are the obstacles of getting an electric car?

The cost of buying an electric car

Currently, a new electric vehicle is more expensive than a similar petrol or diesel model. However, we believe prices will be on a comparable footing by 2029.

Meanwhile, the cost of going electric now can be reduced by using government grants. For instance, the Electric Vehicle Homecharge Scheme provides up to £350 towards installing a new chargepoint at your home.

Or there's the plug-in vehicle grant, which promotes the switch to an affordable EV. This gives you up to £2,500 towards a new car costing under £35,000. When you're looking, just remember the dealers include the grant in the price of the eligible vehicles.

Running out of charge on a long journey

According to the National Travel Survey for England in 2019, people on average spent just 35 minutes a day travelling by car, whether as the driver or passenger. And the most common trips were for leisure, shopping and commuting.

An electric vehicle is more than capable of handling this routine, with most EVs having a range of over 150 miles. And as speed or acceleration will soon reduce the battery, frugal driving will help preserve the maxmum range.

AA Members can be reassured that should the worst happen and you run out of charge, we'll tow you to the nearest charge point.

There are currently over 15,000 public charging stations across the UK, with more being added daily. By comparison, there were just under 8,400 petrol stations in the UK in 2020.

Charging stations can be found at motorway services, but also in car parks at local supermarkets and leisure centres, hotels and workplaces, and by the kerb in city centres.

There are three charging speeds – slow, fast and rapid – with a different cost for each one. The expensive rapid option can recharge 80% of your car battery within 30 minutes. But if you're spending several hours parked at a theme park, then a cheaper slow or fast charge will get get you home.

How much does it cost to charge my car?

The cost of charging your car at home will depend on your electricity provider.

But if you're going on a long journey, check ahead for the public points on your route and the charging tariffs.

There many charging companies and many different rates. Usually, you'll need the app or pre-payment card that is applicable for the charging point.

Hybrid cars are a popular alternative to conventional vehicles. They combine an electric motor with a petrol (or diesel) engine, and can run just on battery power, such as in built up areas, or petrol when driving over a long distance, or a combination of both depending on the model.

Hybrids are ideal if you want lower CO2 emissions while avoiding the battery range of electric vehicles. Plus the fuel cost of a hybrid car can be less than a petrol or diesel, as you can switch to the battery for short journeys.

The cost of hybrid car insurance

Hybrid cars are more common than pure electric cars, so insurance premiums for them are more competitive.

Yet like fully electric cars, insurers recognise that the engine and parts are more expensive to repair than a conventional car after an accident, so the cost of insurance can be higher.

The road ahead for electric vehicles

As the government continues to place tighter restrictions on petrol and diesel cars, hybrid and electric cars will become more common and so cheaper to buy. This in turn will bring down the average cost of their insurance.

And when drivers find charging points as frequent as filling stations, going electric will fast become an easier choice to make.

Switch on to electric cover