young drivers at risk as passengers

Young drivers are twice as likely to say they've been a passenger with a driver who used their mobile phone in the last year*, according to new AA Charitable Trust research. 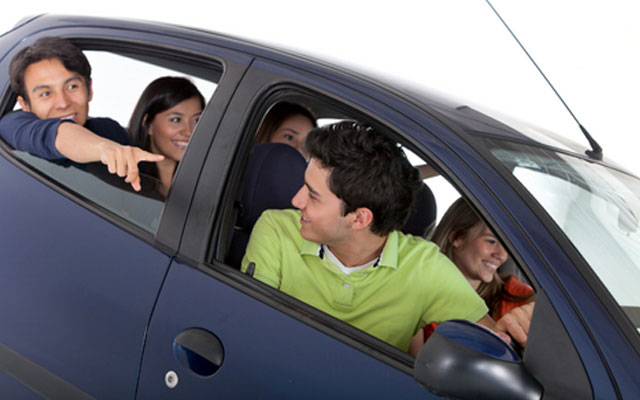 Speed was a factor in 349 fatalities on UK roads in 2016, drivers on their mobile phones killed 32 people and drink driving contributed to 136 deaths**.

Road deaths account for 55 per cent of all accidental deaths for 15 to 19 year-old young men and 63 per cent of young women in this age group.***

Road safety in the national curriculum

Edmund King, Director of the AA Charitable Trust, said: “We have long campaigned for road safety to be included in the national curriculum.

“Our research shows that young people are less likely to wear a seat belt as a passenger and also more likely to be driven by a dangerous driver. Given we also know that in a crash you are twice as likely to die if you're not wearing your seat belt this places them in a very dangerous position.

To tackle this problem, The AA Charitable Trust has made £50,000 worth of road safety education funding available to schools and colleges across the UK.

The funds can be used by schools to take part in the Changing Attitudes in Road Safety (CARS) programme, an innovative in-classroom road safety course delivered by AA driving instructors.

The course centres around four fatal behaviours that young drivers might exhibit – speeding, using a handheld mobile, not wearing a seatbelt and drink driving.

Each behaviour is brought to life through a character and then pupils are asked to create a road safety video centred around one theme, which can then be uploaded to the Fatal4 website.

Emphasis is also placed on how passengers can keep themselves safe.

A different approach to road safety

Mark Barry, CARS programme manager, said: “CARS was born out of a desire from a group of us at the AA Driving School to try a different approach to road safety.

“We are so pleased the Trust has given us the funding we need to get this into schools, we just need the schools to come forward and make the most of the opportunity.

“We've run the course as a pilot in a number of locations and it has been very well received.”

Schools and colleges interested in the programme should visit www.carsfatal4.com/

*Populus received 21, 332 responses from AA members to its online poll between 13th and 19th February 2016. Populus is a member of the British Polling Council and abides by its rules.