Working in all weathers and sometimes testing conditions, it could be questioned what it is that drives some people to become an AA Patrol. The answer is that this is often one of the most rewarding jobs available in the vehicle repair sector, with a competitive salary, your own van and the freedom to make your own decisions to get members back on the road.

Attending around 10,000 jobs per day, AA Patrols see some of the most challenging situations that drivers are likely to come across, and get to see some of the more light-hearted moments that motoring can bring. These are just some of the jobs our patrols attended last year.

George Davison, Cumbria AA Patrol, tells us: “I attended a job earlier in the year, where a young couple were heading towards the Lake District in a luxury car belonging to young lad’s father. The nervous driver said a rattle had appeared from the middle of the car, just after he’d left the last motorway services.

“Wanting to do my best to save their weekend, I got to work, checking all the basics like wheel tightness, engine oil and the exhaust system. I decided to road test the car to hear the noise for myself and found the cause of the rattle straight away.

“I asked the young lad if he’d bought anything when he stopped at the services, he replied, ‘Yes, some crisps and sweets, oh and a pack of Tic Tacs…’. At this point, the lad put his head into his hands in embarrassment. To save his blushes, I pretended to repair the centre console where the noisy Tic Tacs had been stored!

“There’s never a dull moment in the life of an AA Patrol, just don’t shake your Tic Tacs at me!” 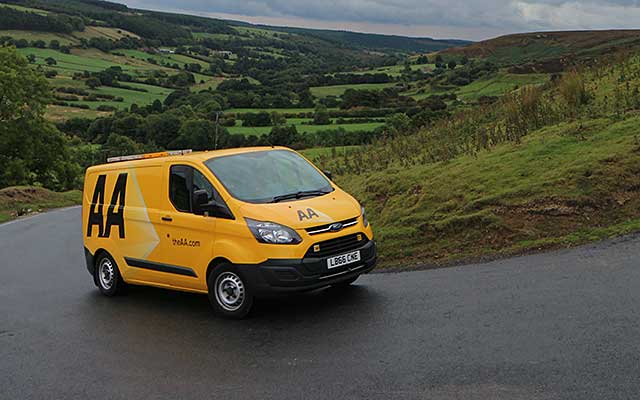 Joe Bassett, London AA Patrol, said: “I attended an elderly member’s car at her home in Leatherhead, Surrey, where she had been self-isolating for 12 weeks. The lady found it more comfortable to communicate with me via notes placed at her kitchen window.

“Once I ‘d repaired her car, said goodbye and was about to leave, she placed a final note at her window. I smiled and returned to my van. I couldn’t help but think about the final note for the rest of the day, so decided that I’d act on the request in the note if I found time the next day.

“My very first job the next morning was within two miles of the lady’s address, so I called to a local parts supplier and collected what she needed and placed it on her front doorstep. The lady was so happy that I’d dropped a spark plug off for her lawnmower that she even blew me a virtual kiss through her window!

“To me, meeting members like this one are what makes my job as an AA Patrol so rewarding.”

Daniel Leak, Manchester AA Patrol, recalls: “I was assisting an AA member at Birch Services, Manchester, after the wheel had fallen off his van. As I was positioning the van to refit the spare wheel, while explaining the plan of action to the AA member, a lady came running over to us, frantic with worry.

“The lady explained that her 12-month-old baby had become sick whilst they were travelling on the motorway. The lady had pulled onto the services to check the baby, but when she got out of her car to go around to the passenger rear door, her door had closed and locked, leaving the poorly baby inside the car.

“To his credit, the AA member immediately asked me to leave his van and go to help the lady to gain access to her baby. I went straight over to the car and, using my AA toolkit, I was able to gain entry to the car pretty quickly. As can be imagined, the lady was delighted to be reunited with her baby, albeit somewhat emotional

“AA Patrols come across some pretty unusual and sometimes testing jobs, but a baby, or pet locked in a car are almost always the most stressful, but most rewarding jobs.”

Edmund King, AA president said: “Five-star AA Patrols* are renowned for fixing members first, then their cars. Some of these stories exemplify what it means to our patrols to be part of our members motoring story, and to be valued by the people they serve every day, in all conditions.”

* The AA has been named Which? Recommended Provider for four years running with their patrols rated Five-stars