Potholed roads are a national emergency

Roads much worse than 10 years ago

AA launches #FlagitFunditFillit campaign in what it calls 'a national emergency'

Nine out of 10 (88%*) drivers say roads are worse now compared to 10 years ago according to our latest study. 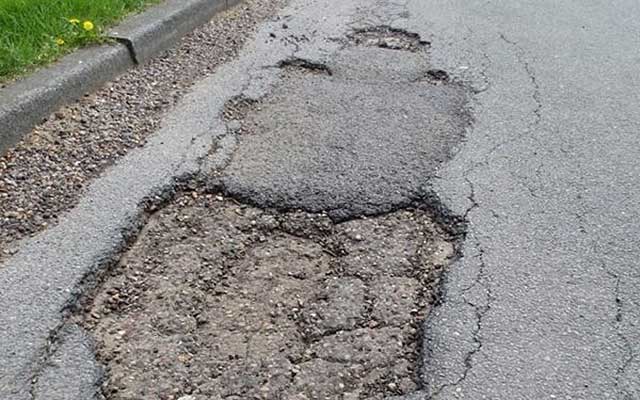 Comparing road conditions more recently, two fifths (42%**) of drivers rated residential streets across the country as poor in March 2018, compared to only a third of drivers (34%***) just 12 months before.

Every Spring, the AA asks its members to rate the condition of roads in their area, but despite the Government and local councils saying they are doing more to repair roads, drivers say Britain’s roads are crumbling.

In Spring 2017, more than a third of drivers in Scotland said residential streets were in a poor condition, but this has jumped to more than half in just 12 months (36% to 51%).

Similarly, the number of drivers in the South East saying their residential roads are riddled with potholes has gone up 15% compared to a year ago (38% to 44%).

When considering main roads, more than a quarter (28%) of drivers in the North East say they are in a bad condition, but only 18% said so last year.

The number of drivers in Northern Ireland rating the condition of trunk roads in their area as poor doubled from 5% to 13%.

With the exception of London, every region in the UK said that trunk roads had become worse between Spring 2017 and Spring 2018 (London – was 8%, now 7%).

Motorways are the roads in the best overall condition, but there are still some concerns about the integrity of the road surface. One in 10 drivers in the North East and one in 20 drivers in the South West said surfaces on motorways were poor.

The AA is piling on pressure to get the UK’s roads fixed and streets resurfaced following the admission by the Transport Secretary, Chris Grayling, who told The Times on Wednesday; “we probably haven’t spent enough on roads in this country since the 1980s”.

As a result, the AA is launching its #FlagitFunditFillit campaign in a bid to highlight the wide scale problems on Britain’s roads.

Edmund King, AA president says; “The AA postbag is bursting at the seams with drivers and cyclists bemoaning the state of roads across the UK.

“It is clear that despite all the talk from central and local government, not enough is being done to fix our increasingly dangerous streets.

“Our potholed roads are in a perilous state. AA breakdown operations are rescuing record numbers of drivers whose tyres or wheels are damaged by potholes.

Our potholed roads are in a perilous state. AA breakdown operations are rescuing record numbers of drivers whose tyres or wheels are damaged by potholes

“The current lack of proper investment on local roads means that highway authorities are doing little more than papering over the cracks."

2p/litre for a pothole fund

We know that £9 billion cannot be found overnight, but rather than rely on local governments to fix roads with ever decreasing budgets, the Treasury should maintain the freeze in fuel duty and invest some of the windfall from increased fuel prices into a roads repair budget. We advocate that 2p from every litre of fuel duty collected should be ring-fenced to create a £1 billion pothole fund.

Our #FlagitFunditFillit campaign calls on drivers to safely photograph potholes and send them to the responsible highway authority and the Department for Transport via social media to show the scale of the pothole problem.

The Transport Secretary has admitted that for over three decades, roads investment hasn’t been up to scratch. We urge him to convince the Treasury to allow more funds for roads maintenance in what is fast becoming a national emergency. 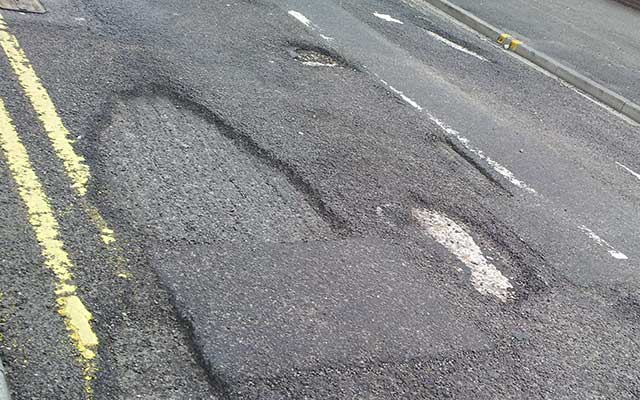