More drivers are surprised by a cyclist or motorcyclist apparently ‘appearing from nowhere’ than they were five years ago, according to the AA Charitable Trust.

Two-thirds of drivers now say they are often surprised when a cyclist (65%) or motorcyclist (63%) ‘appears from nowhere’* compared to just over half five years ago (55% cyclists**; 57% motorcyclists***). 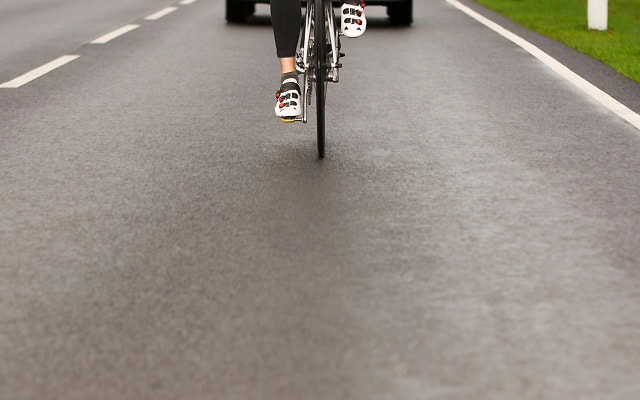 The research, launched to mark the fifth anniversary of the Trust’s Think Bikes campaign, also showed:

The original AA Trust campaign encouraged drivers to place small Think Bike stickers on their side mirrors to remind them to look out for those on two wheels and also promoted a video featuring a naked cyclist to remind drivers that cyclists are not invisible.

Despite more drivers looking out for cyclists, ‘failure to look’ is still the most commonly cited factor in road crashes, contributing to 39% of injury crashes in 2017.

Edmund King, director of the AA Charitable Trust, said: “For five years Think Bikes has been reminding drivers of the importance to do a double-take for those on two wheels.

“Our new research shows there is still some way to go in terms of ensuring everyone on the road looks out for each other.

“On the roads it should never be a case of drivers versus cyclists or motorcyclists. Everyone is on the road to get somewhere and by looking out for each other we can ensure we do so safely. It is disappointing that two-thirds of drivers feel cyclists are inconsiderate and this shows that more needs to be done by drivers and cyclists to co-exist safely and peacefully. The irony is that most cyclists are drivers and many drivers are cyclists.”

The original Think Bikes sticker concept came from Tony Rich, a former AA Patrol of the Year, after his friend, Jack Bellis, was killed in a motorcycle crash. Tony and Jack’s family wanted to do something to help prevent such crashes in the future.

Tony Rich, from Warrington, said: “I am so proud of how well the Think Bikes campaign has been received.

“Five years ago I never would have dreamt it would have had such an impact and it has been fantastic to watch the campaign grow across the world.

“The ‘Think Bikes’ campaign helps reinforce awareness that the road is a shared space. Bikes and motorbikes don’t just appear out of nowhere – we need to look out for each other.”