Armed Forces leavers and reservists considering an automotive career can do so with a recognised employer, as the AA has again achieved the Gold Award standard in the Armed Forces Covenant ‘Employer Recognition Scheme’ (ERS).

A panel of senior military officers reconfirmed the AA as holders of the award for a further five years during a review in July.

It is the second time the motoring organisation has secured the Gold Award, which encourages companies to lead by example in supporting defence people and promoting the benefits of employing Reservists and Veterans. 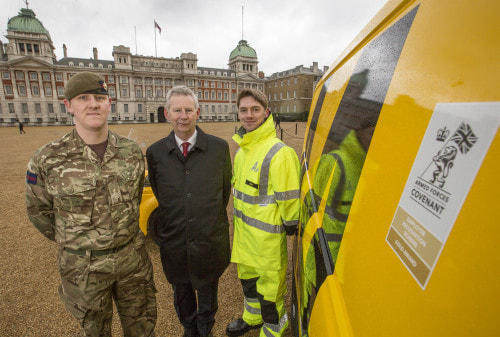 In order to achieve the Gold standard, employers must be signatories of the Armed Forces Covenant and demonstrate forces-friendly credentials through recruitment and engagement, as well as ensuring policies align with the values of the ERS.

Competition was fierce, with several previous holders missing out on renewal and many new applicants failing to reach the Gold standard.

Edmund King, AA president, said: "I am proud that the Secretary of State for Defence reconfirmed the AA as holders of the Armed Forces Covenant Employer Recognition Scheme - Gold Award.

"Being holders of the award, and signatories to the Armed Forces Covenant, demonstrates our dedication to those who have served in the Armed Forces, their families, Reservists and Cadet Force Adult volunteers, ensuring that all are treated fairly.

"Our commitment to colleagues who wish to serve as reservists is of immense benefit to both our Armed Forces and the AA. The development our reservists receive and the additional skills they learn are fully transferable. By engaging with the Career Transition Partnership and Forces Families Jobs we encourage Service Leavers to consider a career with the AA."

Reservists within the AA are supported with additional paid leave each year which enables them to engage in Annual Military Training, as well as time for weekly training and access to the company’s physical and mental health support services.

The AA also engages with the Career Transition Partnership (CTP) in the recruitment of service leavers and is registered with Forces Families Jobs.

Each year, the AA actively takes part in MOD events which can include providing vehicle checks on military bases and marking Armed Forces Day and Veterans Day.