Avoid a parking fine with the 10-minute grace period

Wondering how you can avoid a pesky parking fine?

You might not know, but if you overstay by just a few minutes in a council-run car park in England, you shouldn't get a parking ticket. That's because a grace period exists which gives drivers a 10-minute window to get back to their car after their ticket's expired.

Read on to find out when the 10–minute grace period applies.

What is the 10-minute grace period?

The 10-minute grace period was introduced by the government on 6 April 2015. Since then, drivers have avoided a hefty fine if they overstay by up to 10 minutes (as long as they parked in regulated street spaces or car parks run by councils).

The Department of Transport advises that any Penalty Charge Notice (PCN) issued within the 10-minute grace period is illegal. That's unless the vehicle is parked unlawfully, like if the driver hasn't paid the parking fee or displayed a parking ticket where required.


What does the law say?

The Government's statutory guidance to local authorities includes that "enforcement should be sensitive, fair and proportionate".

It goes on to argue: "This would not be the case if a driver received a penalty charge notice (PCN) for returning to their vehicle only moments after the expiry of a period of permitted parking.”

Legislation was then put in place in 2015 to uphold this.* The law says "No penalty charge is payable for the contravention where the vehicle has been left beyond the permitted parking period for a period not exceeding 10 minutes."


When does the 10-minute grace period apply?

The grace period applies in England in regulated on-street parking bays or in a car park run by the council. It only applies if you've parked properly and have the correct ticket in place, which expired less than 10 minutes ago.

It doesn't apply in these situations: 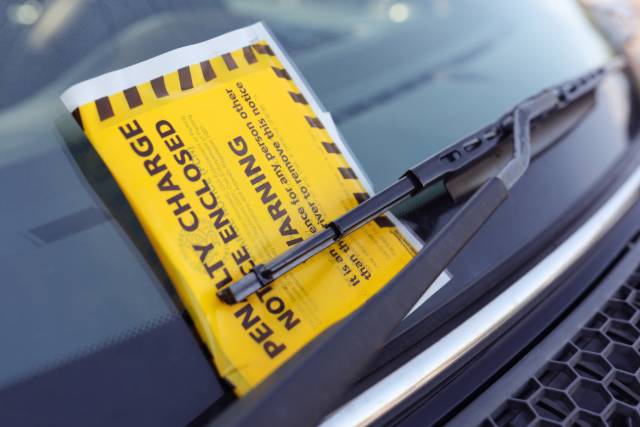 Why does the grace period exist?

We campaigned for a long time that it was unfair to charge a £40 fine for a few minutes' overstay.

Some councils were sympathetic when drivers challenged parking tickets and gave reasons for an overstay. But others strictly enforced their parking fines.

That meant it was a postcode lottery as to whether or not you'd get a fine for being a few minutes late. Since the government brought in an official grace period, drivers have had a small degree of leeway and a legal option to challenge a ticket.

Edmund King, AA President, said, "There wouldn’t have been a need for central government to interfere if all local authorities had exercised the discretionary approach to parking enforcement of old. Parking tickets were supposed to be a deterrent to bad behaviour, not a fines harvest.”


Can I appeal against a parking ticket overstay?

If you've been issued a fine for an overstay of just a few minutes, you can contest it.

Follow this advice to stay on the right side of the rules: