Do speed bumps make the roads any safer? 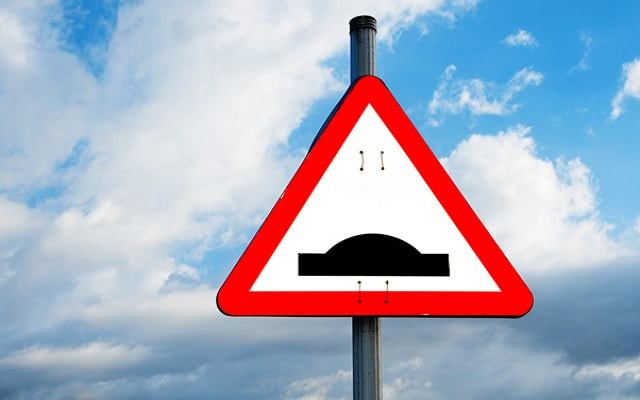 As we discovered in a 2016 survey, inventions such as speed bumps are not exactly beloved. While effective when properly used, traffic calming measures have been accused of increasing exhaust fumes from braking cars, slowing down emergency vehicles and angering residents. So are they really effective? What's the point of speed bumps exactly? Are we stuck with them? And are there any decent alternatives?

Traffic calming measures such as speed bumps are designed to slow traffic down and are usually used in residential or busy pedestrian areas.

However, critics point out that speed bumps have a number of unintended consequences. Some traffic may transfer to other roads to avoid the humps, moving the problem rather than solving it. And because drivers generally don't stick to a steady speed, the extra acceleration and braking caused by speed bumps can contribute to local air pollution.

How should I drive over speed bumps?

Slowly. Driving over speed bumps too fast can potentially cause damage to your car.

If you drive over them slowly, you shouldn’t see any damage to your car at all, but over time, regularly driving over cushions can increase the wear on the inner shoulder of your tyres. Take the time to check your tyres every now and then.

The history of speed bumps

Are speed bumps the only way to calm traffic?

No. Many factors contribute to the increased road safety we’ve enjoyed over the years, including road design, vehicle design, driver education and enforcement. The right speed bump in the right place may improve safety but that doesn't mean all speed bumps make the road safer wherever they're put. While it should never be at the expense of road safety, the removal of some speed humps in cities could help improve traffic flow and reduce exhaust emissions.

The future of speed bumps

Most speed bumps and humps are little more than lumps of tarmac but the latest 'intelligent' speed bump is filled with a non-Newtonian liquid that hardens if you go too fast. The design means slow drivers won't be affected but motorists driving too fast will be met with a bump. These liquid speed bumps are currently only used in parts of Spain – where it was invented – but this could be the future of traffic calming across the world.