What are the best driving shoes?

Does it matter what shoes I wear in the car? 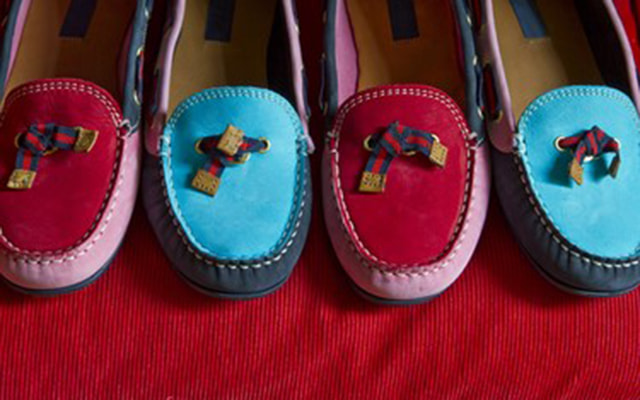 Long before Carrie Bradshaw became the patron saint of womens' footwear, the designer Christian Dior said, "You can never take too much care over the choice of your shoes." And as true as this may be for the style-conscious, it's doubly so for drivers.

Responding to a survey we conducted in 2010, 27% of people said their choice of shoes led to difficulty while driving. Around 5% went so far as to say their footwear caused them to drive dangerously, lose control or have an accident. So the kind of driving shoes you wear really does matter.

What are the best driving shoes?

For maximum control while driving, you should opt for soft shoes with a thin sole that also has a little grip. These will allow your ankle to remain flexible and keep your sole sensitive to how much pressure you're placing on the pedals. They won't be too heavy, and won't be so chunky as to put you in danger of pressing two pedals down at once.

This might explain why so many shoes sold specifically for driving are in the style of a moccasin. Basically, the best sort of driving footwear is your basic flat shoe or trainer.

It seems obvious that we shouldn't wear shoes that impede our driving ability, but we do it - over a third of people in a recent uSwitch survey said they had encountered some kind of driving difficulty because of their shoes. It's easy to see why - it's not hard to find yourself getting in the car wearing sandals during the summer, heavy boots in winter or heels at any time. So it's a good idea to keep a pair of shoes specifically for driving in the car so you don't wind up driving in flip-flops.

They don't have to be some threadbare, dog-chewed slippers either (unless that's exactly what you like). Maybe you've got a suitable spare pair of sensible shoes tucked away somewhere, plus there's no shortage of stylish men's and womens driving shoes on the market.

Can you drive barefoot?

The UK has no specific law that says it's illegal to drive barefoot, more a general rule about maintaining control of your vehicle. The 1988 Road traffic act is the main piece of legislation and this basically says that you're guilty of an offence if you're in a position which doesn't give proper control or a full view of the road and traffic ahead.

This could apply to footwear, but also any in-car activity that impedes your driving ability, including eating, drinking coffee or putting on makeup. Meanwhile, the Highway Code doesn't say anything specific about driving without shoes. Rule 97 simply says 'You should ensure that clothing and footwear do not prevent you using the controls in the correct manner.'

So while it's not strictly illegal to drive without shoes in the UK, the law does seem to suggest that shoes are involved. As the Birmingham Mail reported recently, the body which regulates driving tests in the UK is pretty sure driving barefoot or in in flip flops isn't a good idea.

'Suitable shoes are particularly important behind the wheel,' says the Driving Standards Agency. 'We would not recommend driving barefoot because you don't have the same braking force with bare feet as you do with shoes on.'