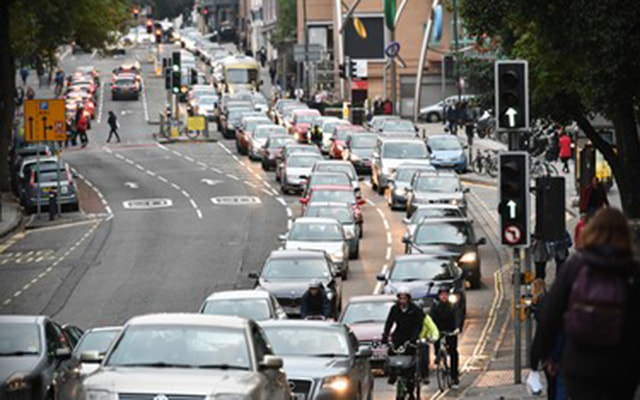 For something that seems so familiar, it's surprising to learn that road rage doesn't really have any 'official' status. There's no specific offence known as road rage, the government doesn't include road rage in its annual road traffic reports, and the term doesn't appear in The Highway Code.

This is probably because many road rage incidents are minor and those that develop into something more serious – like assault – are criminal offences anyway.

However, we still have to deal with aggressive drivers – not to mention our own potential to get a bit snippy. So what are the things that annoy us the most on the road? Why are they happening? And how can you avoid being a rude driver or making things worse if you encounter one?

What are the causes of road rage?

Given that it's a catchall term for a wide range of behaviours, you'd struggle to find one particular root cause of road rage. Most incidents could probably be boiled down to two elements, though - a bad decision or mistake coupled with a bad response. Someone does something stupid and you overreact, you do something stupid and they overreact and so on.

So which stupid things are most likely to spark a road rage incident? Well, we polled more than 18,000 of our Members to discover which behaviours they found most irritating in other drivers. The number one irritation was tailgating, with 26% of our Members expressing their frustration at people who drive too close. The full results were as follows:

You may have noticed that some of these behaviours are more than just infuriating, they're traffic offences. So is the Highway Code being enforced effectively?

Would more traffic police help deal with some causes of road rage?

Another recent poll of our Members revealed that two thirds of drivers (65%) think a lack of traffic police on UK roads is giving people the impression that they can get away with many driving offences. Most of the things people think are being overlooked are pretty serious.

For instance, 65% of our Members think you can get away with careless driving; 55% think you won't be pulled up for driving a car in dangerously poor condition, and 54% anticipated no trouble from the law for using a phone while driving. Significant numbers also believe you can probably get away with not wearing a seatbelt, not stopping at a red light or even drink driving.

In the same poll, we also found that 65% of respondents felt there was no visible police presence on local roads and 43% claimed there was no police presence on motorways. But is the perception that there are fewer police officers on the roads supported by evidence? Well, the Press Association reported last year that between 2007 and 2017, the number of traffic police on British roads fell from 3,766 to 2,643 – more than a third.

How do I control my road rage?

While we may not be in control of UK government policing policy, we can control – or at least try to – our own attitude and behaviour. There are a number of ways you can avoid being dragged into a road rage situation, including:

The Royal Society for the Prevention of Accidents (Rospa) has published a very helpful factsheet on road rage, if you want further advice. Serious road rage incidents are pretty rare, but the police will help you if you are in serious trouble. For the most part though, if you're courteous and kind to other drivers, admit your own mistakes and generally stay calm, you'll be fine.