Driving with a cold

Driving with a cold? The risk's not to be sniffed at 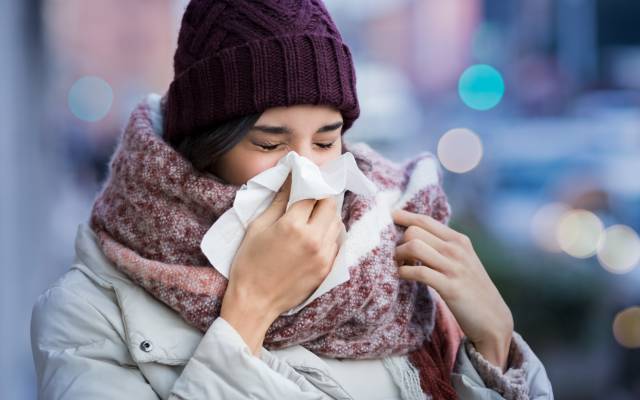 Driving with a heavy cold is nothing to sneeze about.

Safe driving needs good reactions and concentration, which can both be affected when the driver is poorly.

In the past, we found that almost 1 in 5 drivers take to the road while unwell.* For many, it was due to flu or a heavy cold.


Is driving with a cold potentially dangerous?

If you have a heavy cold or flu when you drive, your reaction times and concentration behind the wheel can be affected. Here's how:

Sneezing has sometimes been a factor in road accidents, with varying penalties given to the drivers. Here are some cold and flu facts:

Driving advice if you're ill

If you drive with a cold you need to think about how you can handle a sneezing or coughing fit. This might mean driving more slowly to compensate.

Be aware of how medicine could affect you.

Edmund King, AA president, said: “We often take our health and driving for granted. If a driver has a heavy cold or flu then their reaction times and concentration behind the wheel can be affected. People will still need to drive when they are unwell but they should be aware of the added dangers and adapt their driving accordingly."