50 Walks in Hampshire and the Isle of Wight

Try this sample walk from the latest edition of 50 Walks in Hampshire and the Isle of Wight.

About 50 Walks in Hampshire & the Isle of Wight

Walking is one of Britain's favourite leisure activities, and this guide to Hampshire & the Isle of Wight features 50 mapped walks from 2 to 10 miles, to suit all abilities.

Buy 50 Walks in Hampshire & the Isle of Wight from the AA Amazon Shop. 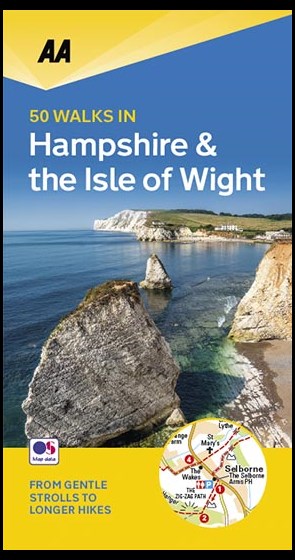 Due to the steep gradient leading to the summit of Beacon Hill, the highest point of the North Hampshire Downs at 857ft (261m), it's advisable to climb the hill at the start of the walk. Don't miss the Earl of Carnarvon's grave and the views across the Highclere Estate to Highclere Castle (open July-August). Set within a landscape of parkland and wooded hills designed by 'Capability' Brown during 1774-77, Highclere Castle is a magnificent pastiche of a medieval castle, impressively grand inside and out. But Hampshire's largest mansion is early Victorian, designed and built in neo-Elizabethan style by Charles Barry, architect of the Houses of Parliament, between 1839 and 1842 around an earlier house. It is the home of the Earls of Carnarvon and the sumptuous interior, particularly the great hall, the library, the Rococo-style drawing room and the dining room, are adorned with fine portraits of the Earl's family, the Herberts. Of the seven Earls of Carnarvon that have resided at Highclere, it is the 5th and probably the best known that we are interested in. George Herbert had been fascinated by Egypt and archaeology from an early age and it was following a serious accident in 1902 that he spent time recuperating in the country. From 1906 he began sponsoring archaeological investigations, employing Howard Clark, an expert Egyptologist. In 1922, after years of hard work excavating in the Valley of Kings near Thebes, they discovered the tomb of Tutankhamun and treasures that had been buried for over 3,000 years. The 5th Earl died a year later from an infected mosquito bite, an event which led to the stories of the curse of Tutankhamun. His body was brought back to England and, as instructed, he was buried at the top of Beacon Hill overlooking his beloved estate. Much of the 5th Earl's collection was sold after his death, but some artefacts were discovered in a hiding place in the castle in 1987. You can see these on display, together with an exhibition on horse racing, as you tour the mansion. Unfortunately, outside July and August, you will have to be content with viewing the impressive castle and grounds from the 5th Earl's grave on Beacon Hill or on television as the sumptuous location for Downton Abbey.

Visit the Sandham Memorial Chapel (cared for by the National Trust and open Wed, Fri and Sat from March to October) in Burghclere. Built in the 1920s, the interior walls are entirely covered with magnificent paintings by the artist Stanley Spencer between 1926 and 1932. They depict the everyday grind and routine of a soldier's life during the Great War.

In Burghclere, at the half way point, is the Carpenters Arms, a homely pub offering food six days a week, an open fire in the winter and a sunny rear terrace with rural views to enjoy in the summer. Highclere Castle has a tea room for visitors.

Climb the steep grassy slopes of Beacon Hill (covered in cowslips in spring) to view the Iron Age hill fort close to its highest point. The well-preserved single rampart and ditch enclose the site of around 20 huts. Just inside the defences is the grave of the 5th Earl of Carnarvon, who died in 1923.

Buy 50 Walks in Hampshire & the Isle of Wight from the AA Amazon Shop.