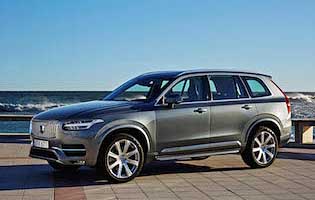 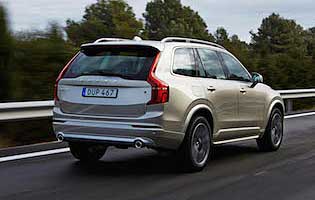 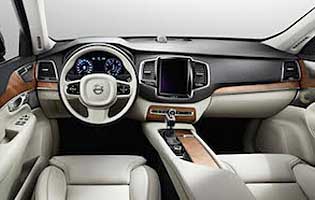 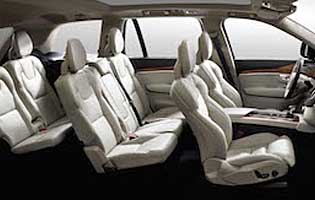 If it seems like an eternity since the XC90 was first launched, it's because it is. Volvo's first attempt at a large, premium SUV proved to be a runaway success. So much so that it took until 2015 for the Swedish firm to roll out a replacement. Still, the wait appears to have been worth it judging by the car's looks and on paper performance.

As the anti-SUV for families and other interested buyers seeking a large, spacious 'active lifestyle' hatchback, the original XC90 proved to be the perfect car. It could accommodate up to seven people - still something not every large SUV can do - and boasted a fuel-saving part-time four-wheel drive system to help with towing and the occasional trip away from the Tarmac.

This second-generation car continues the good work of its predecessor when it comes to nailing the basics. Where it deserves more attention is in the various details and Volvo's overall approach to motoring. After a few lean years and a mixed bag product-wise, Volvo has repositioned itself as an intelligent alternative to the mainstream premium competition.

This policy sees a bold new design language, and one that's most evident on the XC90. Clean lines and clever details abound, while there's a greater focus on cabin ergonomics and the use of upmarket materials. The result is a pleasingly simple cabin, and one that can be selected in a variety of tasteful finishes.

Another element of Volvo's repositioning has been an increased focus on economy and reducing emissions. The company's goal is to rely solely on four-cylinder engines alongside some trick technology in a bid to reduce vehicle weight and boost its green credentials. The four-cylinder diesel XC90 shows considerable promise, as does the petrol-powered plug-in electric hybrid model with its sub 50g/km CO2 rating.

Like before, this second-generation XC90 is a capable, attractive and thoughtfully designed all-rounder. It doesn't possess the off-roading talents of Land Rover's finest, but it is more family focused and boasts an impressive upmarket cabin ambience. In diesel and hybrid guise the XC90 promises to be exceptionally kind to your bank balance.

Placed alongside a traditional premium saloon and the XC90 appears to be good value. Volvo has been generous with standard kit levels, although there's still plenty of potential to spend more on the wide variety of extra creature comforts and attractive trim options. For mixed use the diesel variant is likely the smart option, but don't discount the plug-in hybrid if more urban use is planned as short charging times plus electric-only running in town could mean fuel savings alongside the tax reductions associated with running a low CO2 hybrid.

Boasting a refined cabin ambience and modest levels of road noise intrusion, the XC90's comfort levels are up there with a conventional luxury saloon. Supportive seats and good levels of head and legroom in the first two rows helps, while those in the third row are well catered for despite the compact nature of the set-up.

Volvo continues to make strides in safety technology and, as the XC90 is the firm's flagship, it's unsurprising that it's packed with clever kit. The plethora of airbags in the cabin is expected, as is clever electronic stability control, but Volvo has gone further with the likes of intelligent cruise control and active braking systems that will stop or slow the vehicle if an impact is likely. Detecting traffic and other hazards at junctions allows the car to compensate for any driver blind spots, while it's easy to forget the car's all-wheel drive system - a useful inclusion to counter against unpredictable grip levels.

Volvo isn't promoting the XC90 as a car for keen drivers, and this shows in the model's relaxed and refined character. It doesn't like to be rushed but it can still prove enjoyable on a country road - if you want more fun you'll need BMW's X5. Still, the diesel variant is gutsy and willing, although the switch to four-cylinder engines has meant losing the creamy-smooth sounding six-pot noise as it can sound coarse when pushed hard. Ride comfort is good, with air sprung cars offering different settings according to the road conditions.

Although an easy car to drive despite its size, the XC90 might be too much for some. It's not cheap and, for a growing family the cheaper XC60 might prove a better choice for Volvo first time buyers.

This XC90 is leaps and bounds better than its predecessor in terms of fit, finish and the choice of materials used in its construction and sends a powerful message about Volvo's long-term aspirations. The car itself has built up a large and loyal fan base over the years, which is testament to the car's safety reputation and the fact it's not one of the 'usual suspects' from the trio of German firms.

Despite the car's lofty stance access and egress shouldn't be a problem for most people. It's the same at the rear, with the powered tailgate making light work of accessing the boot, while the raised load lip is helpful when moving heavy or bulky items. Cars with air suspension can be independently lowered at the rear to further improve boot access.

Volvo has ditched traditional approaches in favour of a tablet-like touchscreen that allows users to pinch to zoom and swipe to navigate the various functions. There's a little lag in operation but the overall approach ensures quicker access to the wealth of functions. Customisation is allowed to help build shortcuts, while audiophiles are well served with a variety of input and source options.

Volvo's pushed the boat out with this new XC90, as the colour choice inside and out is more upmarket-looking than before. The bold choices do much to flatter the car's size and highlight its various design features. The bold choice of unconventional cabin trim finishes and upholstery options do much to set the car apart from more conventional rivals.

The XC90 is a big car but the various parking sensors and parking camera do much to help make squeezing into tight parking spots relatively straightforward. There's a lot of steering assistance to help minimize effort at the wheel, although the unconventional auto gear shifter could be more intuitive.