Handsome exterior is more subtle than before 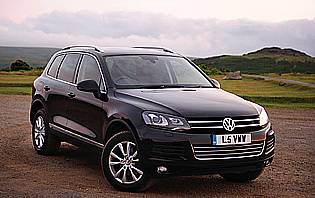 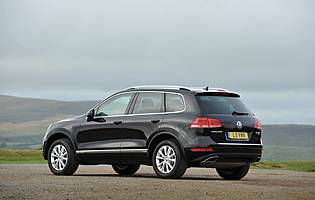 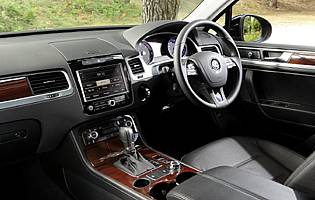 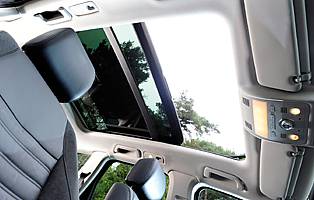 The second-generation Volkswagen Touareg has already impressed with its improved road manners, higher quality and better refinement. Now Volkswagen are offering even more choice with the introduction of the Touareg Hybrid, which combines electric and petrol power to boost performance thanks to its commonality with the Porsche Cayenne Hybrid.

Although often the target of criticism from the green lobby, SUVs remain a popular choice for buyers thanks to their versatility, presence and perceived safety. The Touareg has been at the forefront of this sales success thanks to a successful blend of these essential qualities. The appeal of the Volkswagen badge puts it amongst its desirable rivals without straying into excess.

The exterior is more elegant than the outgoing model, and despite being very similar in size it hides its bulk well compared to the first generation version. Although lower the second generation Touareg is longer and wider than before, but with a dedication to efficiency Volkswagen has managed to achieve a significant weight saving of 200kg on average.

Alongside a conventional range of petrol and diesel options the Touareg is also available in hybrid form, combining a powerful supercharged petrol engine with an electric motor. Like the rest of the range it is four-wheel drive, but the separate power systems can work together or on their own to make the Touareg a full hybrid car.

The hybrid versions shares the same impressive cabin with the rest of the range, which provides notable improvements in quality and design as well as a significant increase in space. An upgraded specification includes a wider choice of options too, including continuous damping control and an aerial view parking system for increase safety.

Our verdict on the Volkswagen Touareg Hybrid

Although hybrid technology is synonymous with a green approach to motoring, the Touareg Hybrid offers relatively modest emission and economy figures. However the mix of petrol and electric power does result in spectacular performance for an SUV, and viewed in this light it is a highly capable and pleasurable car to drive.

The Hybrid Touareg offers little in the way of cost savings compared to its diesel counterparts, although for the performance the fuel economy and emissions are more than respectable.

The Touareg's dimensions pay dividends here, with a good deal of space throughout. Front and rear passengers have plenty of head, leg and elbowroom, while the boot is large. It also has a useful divider system for securing objects. The four-wheel drive system increases its practicality, allowing for extreme conditions, and the ESP system has an added feature to reduce the risk of swaying when towing a trailer or caravan.

The layout in the Touareg is impressive, with controls that are easy to understand and operate. Despite the fact that it is a relatively complex vehicle with a number of extra systems, it is not intimidating for the inexperienced.

The comfort levels on offer in the Touareg are impressive, especially the ride quality and low noise levels. The generous interior proportions allow large seats for good support and comfort too. One significant demerit is the braking system, as the transition between regenerative braking to charge the battery and conventional braking can be unsubtle, making it harder for the drive to slow smoothly.

Fitted as standard is an alarm system, which incorporates the remote central locking plus an immobiliser, plus gives a good level of protection for a desirable car.

A high level of safety is offered with the Touareg, particularly with the revised ABS system, which allows for varying surfaces. Combined with four-wheel drive, ESP and airbags, the Touareg undoubtedly offers impressive protection.

The Touareg hybrid offers an unusual driving experience due to the spectacular performance delivered by the petrol and electric powertrain. Aside from discreet badges and larger alloy wheels the Hybrid looks no different to a conventional model, but it offers sports car acceleration from almost any speed. The rest of the driving experience is more sedate, with comfortable rather than sporty suspension and the eight-speed transmission marshals the power very well.

The Touareg would make an excellent family vehicle, with enough space to cater for a large family and their luggage as well as sufficient comfort and luxury to ensure their comfort.

The Touareg is an easy car to drive, but its size and expense would put it beyond the reach of most first car buyers.

The Touareg has a high quality feel throughout, from the understated design to the impressive use of materials. It also feels robust inside and out, and that it could cope with difficult terrain. The Touareg's image is built around this toughness and usability yet with enough class to put it amongst some luxury cars, and it is this mix of attributes that make it so appealing.

Gaining access to the Touareg is very easy, partly thanks to the large opening doors but also the optional air suspension, which allows the driver to lower the car. This puts it at the perfect height for passengers and leaves the boot floor at useful height too.

Even the entry-level Touareg comes with a high specification DVD-based satellite navigation system, CD/tuner with DAB, iPod connectivity and SD card input. The multitude of sources are delivered with impressive sound quality, and there is an upgraded system for audiophiles.

Touaregs are best suited to sober exterior colours, which give them a restrained and dignified appearance. Inside is a similar story, with darker colours best suited to the wood and chrome used on the dashboard.

A car of this size would normally be quite difficult to park but the Touareg is aided by parking sensors front and rear and excellent visibility thanks to the large glass area and oversized door mirrors.

Lexus RX450h Sole hybrid rival is better for being economy-biased