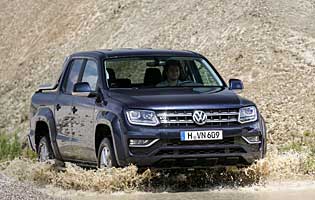 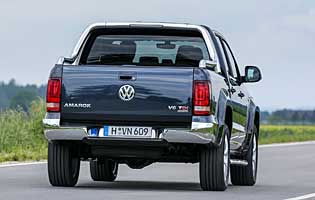 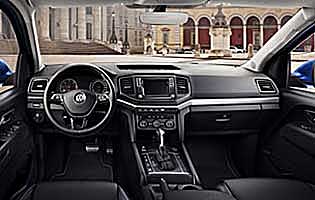 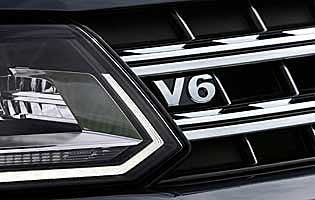 In the recent past Volkswagen has noticed that the Amarok hasn't been taken seriously as a working vehicle; only as a lifestyle choice, meaning its sales figures have not matched their potential. The company has addressed this by replacing the 2.0-litre four-cylinder engine, which simply didn't have the versatility, for a 3.0-litre V6 diesel with much more torque.

The Amarok now boasts arguably the best all-round engine of any pick-up sold in the UK. It was developed from the same unit used in the Audi Q7, but with a much greater emphasis on physical strength and longevity. An extra 60,000 miles on top of the existing endurance testing programme is just one of the measures by which Volkswagen has toughened up its act.

However, it is still very refined for a vehicle of this type. The engine benefits from a good deal of soundproofing but naturally sounds better than a four-cylinder diesel anyway, and the increased cubic capacity means that peak torque is available from impressively low down in the rev range.

The load bay is still the largest in the class, says Volkswagen, able to take a Euro pallet sideways. Depending on the model the payload can be a little over a metric tonne, but while all versions are classed as commercial vehicles there are certain versions whose payloads fall below that number and are therefore not VAT-reclaimable.

A strange developmental decision has been taken, though, because while the Amarok's off-road ability and overall strength has been increased, the inside of high-spec versions is plusher than ever. Relatively soft leathers, soft-touch surfaces and soft carpets are all prime targets to be ruined by a working life.

Our verdict on the Volkswagen Amarok V6 224PS Highline

The Amarok is among the most expensive pick-ups on offer, because it is built with more emphasis on interior quality and refinement. That it can now mix it with some of the best off-roaders in the sector is a bonus, but the question has to be asked as to whether it would be wise to use such a well-appointed vehicle for the muddy, rough and unyeilding life of a working pick-up.