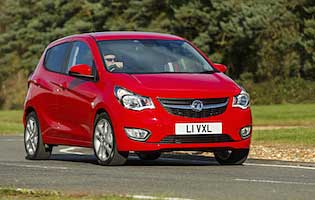 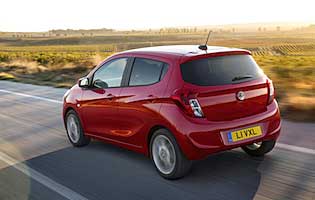 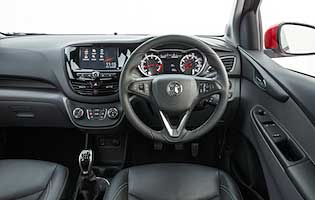 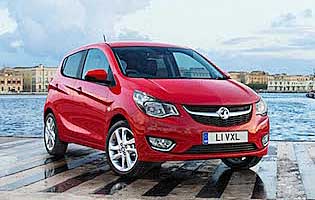 An all-new venture, Vauxhall's Viva might use a familiar nameplate from the past but the car is a modern interpretation of a value-packed city car for a broad-ranging, money-savvy audience that doesn't want to sacrifice appealing style.

The Viva might be sporting Corsa and Adam design cues, but Vauxhall's budget city car sits below both models in terms of price and overall market position. Although a familiar name, there's nothing old fashioned about Vauxhall's city car, as it boasts a generous level of standard kit and a clean, green petrol engine.

Sold in five-door guise only the Viva offers a reasonable amount of cabin space, making it suitable for a wide range of buyers - singletons, empty nesters, couples - and all ages.

Ease of use is the overriding impression left by the Viva after even a short drive. Light controls boasting considerable assistance help matters considerably, while modest on-road performance should appeal to buyers interested simply in getting from A to B.

The Viva ownership experience isn't a basic one, however. Standard kit levels across the two trim levels is generous, with above average safety provision a notable plus point. Big car levels of infotainment kit are also impressive, with Vauxhall offering its increasingly commonplace colour touchscreen system plus full smartphone integration and 'Onstar' telematics and concierge service.

Our verdict on the Vauxhall Viva SL

The Viva name might be a throwback to another era but Vauxhall's new supermini is a thoroughly modern car. The focus on ease of use will please many, while low running costs are easily achievable. There's nothing basic about the level of standard kit, but the Viva does face a serious challenge from the growing number of equally competent cars in this competitive market sector.

The combination of Vauxhall's generosity with the standard equipment and the use of a modest petrol engine should result in low purchase and running costs respectively. As budget motoring goes, the Viva possesses all the right attributes.

The Viva might not be class leading but it should be more than enough for most users. Boot access is straightforward, while cabin oddment space is adequate and folding the rear seats requires little effort. The five-door layout is also welcome, and should please buyers with a new family seeking a small, affordable hatchback.

Clear, concise instruments, intuitive controls and light steering all take the effort out of driving the Viva. Vauxhall fans will be at home in the car's familiar surroundings, and it's good to see that the Viva has nailed the basics.

Road and engine noise is modest assuming you're not taxing the 1.0-litre petrol engine, while the supportive seats ensure fatigue isn't an issue on long journeys. Four adults won't be rubbing shoulders in the spacious cabin, but head and legroom in the back is tight if you're tall.

There's nothing unusual to report here, as the Viva boasts a comprehensive level of safety measures that will be familiar to buyers across the supermini market. You still use a conventional key - no push button access here.

Despite its modest price tag the Viva offers a generous amount of safety kit such as airbags and electronic stability aids. Big car features have also found their way into the Viva, such as lane departure warning, cruise control with speed limiter and a tyre pressure warning system.

With the focus on ease of use, the Viva is certainly no driver's car. Light steering, heavily assisted brakes and a slick manual gear shift ensure a hassle free driving experience. Ride comfort is also good, but you'll need to work the 75-horsepower petrol engine hard on inclines and motorway slip roads.

You could just about make the case for the Viva as a family car, assuming your family is of the newborn kind. Space is modest in the back and the car's boot but, as a stepping-stone to something bigger the Viva could be made to work. Ideally it would be a better choice as the second car in busy family's life.

Although Vauxhall's Corsa is the default choice for many, the Viva is another sound choice for novice drivers. Easy to drive, not too powerful or quick and offering good visibility and low running costs, it's an appealing proposition.

Vauxhall routinely does battle with Ford for the general public's affections and it's often a draw. Ford's Fiesta is a consistent winner but the Viva easily trumps Ford's lower order Ka. Overall, though, expectations from buyers in this market remain modest. The likes of the Skoda Citigo are higher quality, but perhaps less stylish.

In five-door guise - there is no three-door model - the Viva cabin proves easy to access, be that from the front or rear. The rear door aperture is a reasonable size, which should larger adults gain access without too much extra effort. This is still a small car, though, so can't match larger alternatives.

At launch the Viva makes do with a conventional audio unit set-up, which delivers good quality sound and is easy to operate. Vauxhall's touchscreen infotainment offering will eventually see service in the Viva, complete with full Apple and Android compatibility.

Thanks to its relatively compact dimensions and power steering, the Viva is an easy car to park. There's no parking sensors but you do get a user switchable 'City' mode which further increases the steering assistance at parking speeds.