Handsome and distinctive nose is unchanged 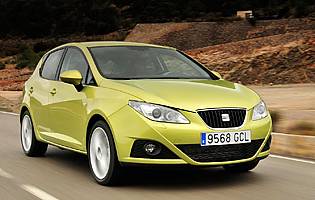 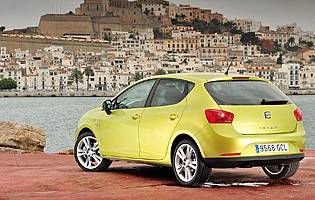 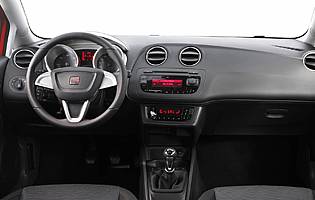 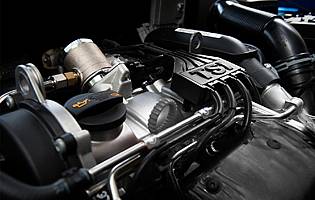 The Ibiza is the most popular car in the Seat range for a number of reasons, but key to its success is the fact that it is well-built and comes with a wide range of efficient engines as well as driving and looking sharp. Now Seat is trying to offer even more with the latest 1.2-litre TSi petrol unit which already sees service in other models in the Seat range.

Supermini buyers have never had it so good. Not only is the modern small car more capable than ever before but it also benefits from the trickledown of technology from models higher up in the range: a big part of this comes in engine technology, and this particular Ibiza is one of the first to get the latest 1.2-litre turbocharged petrol powerplant.

The exterior has a strong sporty flavour regardless of the specification, with the strong shoulder line and sharp curves around the nose of the car making it one of the most distinctive cars in the class. Even the lowliest S model has more distinction than some of its rivals, and younger buyers in particular will relish the modern design.

Inside the Ibiza maintain a mix of sporty and distinctive touches. It's an appealing cabin which looks and feels of good quality, but it also avoids being over-complicated and helps to maintain a feeling of space up front. Standard equipment levels are also good - the SE version has air conditioning and cruise control as standard.

Underneath the skin, the Ibiza uses the Volkswagen Group 1.2-litre TSI unit, which utilises both a turbocharger and a supercharger to provide low-rev torque and high-rev punch. The modest capacity and clever technology makes for a highly-efficient engine, delivering both impressive fuel economy and emissions as well as respectable performance.

Our verdict on the Seat Ibiza 1.2 TSi SE

Despite being just a variant in the Ibiza range, the impressive overall performance of the 1.2-litre TSi engine combined outshines the other petrol offerings and gives the diesels a significant run for their money. For the ultimate in penny-pinching the diesel remains best, but as an overall package the 1.2-litre petrol is a remarkably capable offering.

With the 1.2-litre TSi unit under the bonnet the Ibiza manages to achieve better emissions, fuel economy and performance than both the 1.2-litre and 1.4-litre naturally aspirated petrol options, making it something of an obvious choice despite the higher initial outlay.

For a car of its size the Ibiza provides a decent amount of space. Front seat passengers are well accommodated and, although the rear is less generous, it should cope with the majority of adults. The boot is also reasonably sized for a small car.

The layout inside the Ibiza is simple and uncluttered, with smart red displays which are easy to read and attractive. All the major controls are well-defined and operate smoothly, with big clear buttons which are an improvement on the old car.

Well-bolstered seats provide good support and high comfort levels, combined with the impressive levels of refinement, low road and wind noise. As a general rule Seats do tend to ride a little more firmly than the class average, but the reality is that few would find it uncomfortable in everyday driving.

The SE comes with central locking as standard, which is designed to open the driver's door only on the first press of the button to reduce the risk of unwanted intruders. It also gets an alarm and immobiliser as standard, a useful addition for any car.

A number of safety features are included on the Ibiza as standard and SE models come with twin front and side airbags, with ABS and ESP also included at no extra cost.

For a car with such impressive economy and emissions performance, the 1.2-litre TSi Ibiza is remarkably good fun. Although the turbocharger doesn't suddenly turn it into a hot hatch, it gives it the equivalent power and performance to a naturally aspirated engine of much larger capacity. Refined, quiet and flexible, it is an ideal powerplant for the car of this nature.

A small family would find the Ibiza a perfectly adequate car to use regularly, with enough space and practicality to cope with most eventualities. A five-door version would make life a little easier, although larger families might find it too much of a stretch.

In terms of size and initial purchase price the Ibiza is nigh on perfect for a first car. It also has strong appeal in terms of its looks and image, and the driving experience is one of the most enjoyable in the class.

Thanks to its shared parentage with Volkswagen, the Ibiza offers a great deal of quality. Inside and out the car feels well constructed from good materials and also feels substantial and hardwearing. Its image builds on this quality feel, but adds a genuine feeling of flair and individuality, something which is not quite so evident in its VW Group siblings.

Available in three and five-door forms, the Ibiza offers decent access regardless of the bodystyle. For front seat passengers the long doors provide a wide opening for straightforward access. The boot is deep and although it has a relatively high load lip, the wide bootlid gives a large opening.

The Ibiza SE is fitted as standard with a radio/CD unit that can play MP3 CDs and accept input through an auxiliary socket. The sound quality is respectable, with a pleasing, clear display on the dashboard. Remote controls are also mounted on the steering wheel for ease of use.

Standard trim is a variety of grey and black tones. The majority of the dashboard and trim materials are black, with the occasional highlight such as stitching or lettering picked out in red. The addition of a gloss black finish in places is also a stylish touch that helps to raise the sense of quality.

The steeply raked rear window in the Ibiza makes it easy to judge the rear of the car when reversing, although the chunky rear pillars do restrict vision over the shoulder. Otherwise the Ibiza is easy to park. Parking sensors are only available as an option.

Full size spare fitted as standard underneath the boot floor.

Mini One Great drive but has a small boot, lacks rear legroom and is expensive