The third generation Laguna is modern and understated 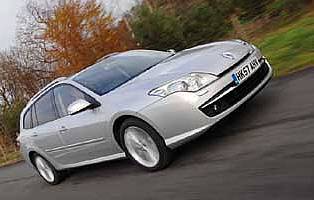 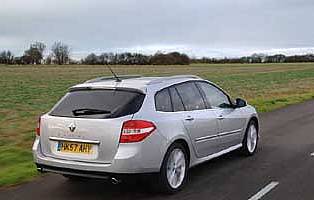 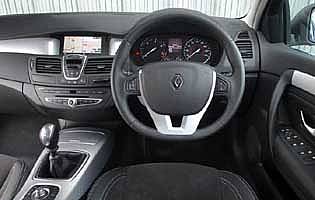 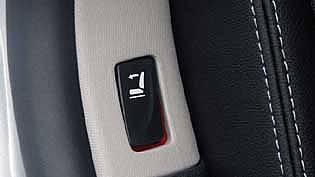 Now in its third generation, Renault's Laguna has been competing in the ultra-tough fleet market since 1994. The new range boasts an impressive array of diesel engines alongside the petrol variants, of which the 150bhp 2.0-litre example has the potential to prove the most popular thanks to a deliberately engineered trade-off between performance and economy.

In keeping with the current trend, Renault's new Laguna is a more imposing presence than ever before. Its competitors in the D-Segment rep-car market have all grown in size and have begun offering a more executive car appeal in terms of interior and exterior styling, equipment levels and ride quality. Renault has pulled out all the stops with the new Laguna to ensure it can keep pace with the opposition in these departments.

Foremost among the French manufacturer's intentions was to ensure the build quality and engineering standards were improved in an attempt to remove the faults that had lessened the appeal of previous generation models. Focussing on build quality has clearly had an effect on the new model, which has a smooth and rattle-free ride and appears to be built to an extremely high standard.

Originally launched as a hatchback, an estate Sport Tourer version of the D-Segment car has quickly followed. An extra 10cm in length gives it more load carrying and even greater family car potential and Renault has given the remoulded rear of the lengthened model a similar elegant but understated look. A great deal of attention has also been paid to the interior ergonomics and comfort levels.

A range of engines is available, although most of the focus has been on providing an impressive array of diesel units. Renault promises more to come, but diesel drivers are already spoilt for choice with a range of four that stretches from the super efficient eco-2 class 1.5-litre to a high-powered 175bhp 2.0-litre. In between, the 130bhp and 150bhp 2.0-litre units offer a highly appealing combination of performance and frugality for the business driver.

Our verdict on the Renault Laguna Sport Tourer 2.0 dCi 150 Dynamique

It would take a picky individual to find any major faults with the new Laguna, and if the quality proves to be as improved as Renault claims in the long run then the comfortable and sure-footed model should prove the most successful yet. The Laguna Sport Tourer manages to walk the line between family car and business tool with ease, while the 150dCi engine offer reasonable performance and impressive economy.

The 2.0 dCi 150 Dynamique has been designed with the best compromise of performance and fuel economy in mind, which means the model is able to offer impressively frugal fuel consumption which helps keep costs down. Insurance groupings are roughly halfway up the scale and Benefit In Kind figures are generous for business users too.

The Laguna's interior offers plenty of room for front and rear passengers and its large boot makes it considerably more practical than the hatchback. The rear seats fold flat at the push of a button providing even more load space and a wide, square opening with a low platform makes loading bulky items easier. In the cabin there's plenty of useable space with a good size glove box and other cubbyholes secreted about the interior and cup holders in the front and rear.

Renault has clearly paid much attention to the Laguna's interior ergonomics. The controls are all sensibly laid out in a style that surrounds the driver, with nicely weighted steering and pedals and easy to negotiate switchgear. There are no fancy gimmicks with the displays, just easy to read dials and a central digital information display. The only bugbears are the slightly unusual positioning of the brake pedal and the buttons behind the gear lever, which are distracting until familiar with their individual locations.

The Laguna is as comfortable over a long journey as any of the premium offerings, perhaps more so. A refined ride and quiet cabin make it an extremely comfortable place to spend time and supportive, adjustable seats mean it is unlikely to take its toll while on the road. A highly developed climate control system means the interior environment can be easily tailored and cruise control with a speed limiter takes some of the effort out of motorway and town driving.

The Laguna has a category 1 approved alarm and engine immobiliser alongside remote central locking, deadlocking and keyless entry. Renault Anti Intruder Device is also standard across the range.

As always, Renault has treated safety as one of its priorities. The second generation Laguna was the first car to attain a five-star rating from Euro NCAP and the new model strives for the same success with adaptive airbags, intelligent braking, seatbelt pretensioners and a high absorption body structure. Double optic headlamps also aid safety in dark or dangerous driving conditions.

The 150bhp diesel unit provides plenty of power for everyday use, and delivers it in a smooth and progressive manner. Equally smooth is the quality of the ride. The Laguna has excellent road holding for a big, front-wheel drive car and corners sharply, offering a surprisingly nimble change of direction. While far from sporty it is extremely capable and never tiring to drive.

The Laguna Sport Tourer is the ideal family car: spacious comfortable, adaptable and safe. While fleet sales tradthe private buyer seeking out a sensible, stylish, practical and economical car for their family.

The Laguna is unlikely to appear on the wish list of any young, new drivers due to its more mature appeal and size. With Renault offering one of the most exciting ranges of small cars for younger drivers it's hard to see why first time buyers would opt for the bulkier Laguna.

Renault believes the new Laguna is the car that will begin a renaissance in the quality of its products and reputation. The Laguna is extremely well put together with tight shut-lines and a feeling of sturdiness that runs right through from the quality of the ride to the feel of the interior trim. While the Laguna's styling may not turn heads in the street, its smart design plays well in a business environment.

There are no problems with access to the Laguna Sport Tourer thanks to its generous interior space and large doors. The boot door is wide, allowing easy access to the rear of the car and neat touches such as the one-touch retracting boot cover suggest the manufacturer has put real thought into making the car easy to live with.

Standard stereo equipment on the Dynamique-badged model is a four-speaker single slot CD player and RDS radio. Although perfectly acceptable, it doesn't offer the quality of sound expected from such a car with premium pretensions. Stereo controls are integrated into the steering wheel, but Bluetooth and satnav will cost extra.

Four trim levels are available offering a rising scale of equipment and luxury. The Dynamique is the least expensive trim level to benefit from a part leather interior and can also be specified with carbon trim or aluminium if the automatic parking brake is specified. the materials feel well chosen and the interior has an air of darkened exclusivity about it. Exterior colour choices are all businesslike with a pallet dominated by dark blues and blacks, although silver, white, red and green are available.

A small window in the boot door gives a limited view directly out of rear, but good door mirrors partially make up for the minor hindrance. The view to the side is much better thanks to large door windows and an extra rear quarter pane. A decent turning circle makes tight manoeuvres manageable but parking sensors are an optional extra. The Laguna Sport Tourer's increased length will exclude some spaces that the hatchback might have slotted in to.

Audi A4 Avant Good choice of engines but with less character