Styling is revised but remains recognisably a Lexus RX 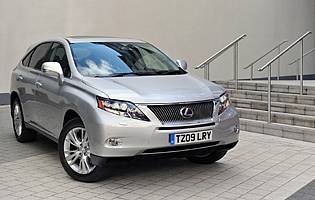 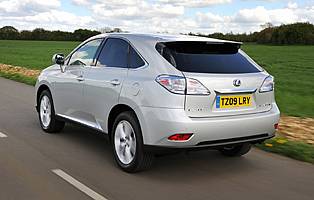 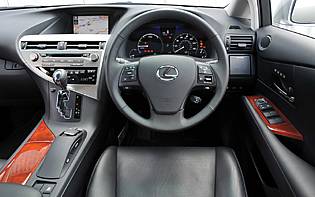 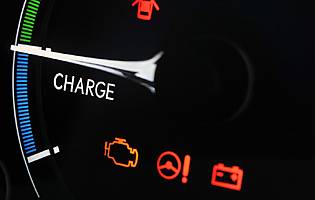 Lexus is taking its green-focused range of cars to new heights with its RX model. Abandoning the conventionally-powered petrol models and focusing solely on hybrid power strengthens the RX's unique position in the market and adds to its appeal. Substantial revisions inside and out also sharpen its abilities in the face of new opposition.

Lexus has timed the introduction of its latest RX450h to perfection, coming at a time when ecological issues are grabbing the headlines and buyers at all price points are looking closely at fuel economy and carbon dioxide emissions. Where this generation takes a big step forward is in those hard figures, delivering a claimed reduction in fuel consumption of 28 per cent.

Lexus' RX model has been on sale since 2001 and has always offered a comfortable road-biased take on the SUV sector. Less overtly butch than the BMW X5, its styling hints at off-road ability without offending the discerning buyer. Its understated looks have helped it secure a following in this competitive market.

Many refinements under the skin have vastly improved the performance and economy of the RX, mostly based around the efficiency of the clever hybrid system. A reduction in power losses, exhaust gas recirculation and cooling as well as electric motors with a greater torque band contribute to a stronger package over a range of measurements, but it is the economy and emissions performance that will attract the most attention.

In addition to the function changes the RX450h also benefits from an overhauled cabin. The fascia is slimmer and has a simplified layout, while the driver benefits from a new mouse-like control system for vehicle functions as well as useful features such as a head-up display.

Our verdict on the Lexus RX 450h SE-L

Big improvements in the RX's performance make an even-stronger case for the hybrid SUV, and although it is biased towards comfort unlike many of its rivals, it continues to offer advantages that the competition cannot match. In many respects it will be the only contender for some buyers.

In isolation the RX450h may seem far from cheap, but compared to rivals it should be far cheaper to run. Impressive fuel economy combined with a high specification and lower initial purchase price add up to good savings. It should be one of the most cost-efficient SUVs to run, as servicing requirements are no greater than that of a standard model.

A conventional five-seat layout makes the most of the car's long wheelbase, leaving plenty of head and legroom. A large glass area allows lots of light into the cabin, increasing the sense of space. A large console between the front seats has room for drinks and assorted oddments, while the rear seat armrest has a similar cubby, adding to a reasonably sized glovebox. The rear load area has luggage retaining hooks and a wide opening, while an electrically operated tailgate adds extra convenience.

The trademark Lexus dials are crystal clear and informative, thanks to a simple design. A power gauge replaces the regular rev counter, though the main information display is more useful, allowing you to monitor the operation of the petrol end electric motors. All the major controls are clearly labelled and fall easy to hand, though some may have preferred a conventional handbrake to the US-style foot operated parking brake fitted.

This is one the RX450h's strongest suits, with the suspension tuned to deliver a smooth ride. The multi-adjustable electric front seats accommodate all sizes of passenger, with electric lumbar adjustment for added support. Rear passengers are also well accommodated, with supportive seats incorporating a slide and recline feature. Standard fit climate control includes a humidity sensor, helping the cabin to remain icy cold even on a scorching day.

All Lexus models have a good reputation in terms of security, and the RX450h has a standard fit immobiliser and ultrasonic alarm. Door deadlocking also makes it harder for a thief to intrude.

A standard compliment of nine airbags with a reinforced safety cell should see the RX450h perform well in the event of an accident. The batteries are placed in the three sections under the rear seats, keeping them out of harm's way in the vast majority of situations. In terms of active safety, the VDIM stability control system works more efficiently and smoothly than conventional ESP systems, and therefore provides an extra margin in the event of a severe manoeuvre. An electronically controlled brake system also assists in delivering maximum braking force when required.

Keen drivers may be a little disappointed with the reactions of the Lexus. Even when driven with enthusiasm it never feels unstable or unwieldy, but it lacks the vigour that its rivals often display. In all other conditions however, the RX450h is ideal transport. The impressive performance makes covering large distances effortless, while travelling in electric mode through traffic is painless.

The Lexus would be a good family car, with plenty of space and a high ride height giving good vision for all passengers. The DVD player in the rear would also occupy children for many hours on long journeys, while its clever hybrid technology may also bring added kudos in the playground.

Thanks to its premium status and high insurance group, the Lexus is probably too expensive as a first car, though new drivers would find it an easy car to pilot. The simple gearbox operation and light steering would cause little trouble, while the reversing aid would make parking much easier for novices.

The Lexus brand is undoubtedly a strong one despite its relative youth in this market, and the RX version is no exception. It gives off a strong feeling of solid construction and good taste, and a few hours spent behind the wheel confirm that. The interior is smart and clearly laid out, making it easy to use. The RX450h is likely to get a further image boost thanks to its hybrid nature, and being seen as a 'green' SUV will make it a unique proposition in this market.

With a high ride height and large doors climbing aboard the Lexus is easy, and only very short passengers would find the seats a stretch to reach. Accessing the rear seats is just as straightforward. Its elevated stance means the boot floor is at a good height for loading and unloading.

All versions are well catered for, with even the entry-level model getting a DAB-ready six-CD autochanger with auxiliary and USB connector. The top-spec cars get a surround sound Mark Levinson system with a 10Gb hard drive plus CD/DVD changer. All versions offer excellent sound quality, which is appreciated all the more in a car that regularly runs without the engine being started.

All versions come with leather as standard, in a choice of colours, which is an instant plus point. Silver trim inserts come as standard, but a wood pack that covers the steering wheel and gear lever surround is also available and adds yet more luxury. Darker colours suit the exterior styling better, as they suck in the curves and blend neatly with the darkened glasshouse.

Although a large vehicle, the generous door mirrors, decent rear visibility and light power steering make the Lexus easy to park. Models with the Parking Assist Monitor use a rear-mounted camera to provide a clear view. It also includes on-screen graphics to indicate where the car will end up, which is a useful addition.

Full-sized spare on a steel wheel mounted underneath the car below the boot floor.

BMW X5 Well-built and good to drive, but expensive

Mercedes-Benz M-Class Improved over its predecessor, but big V8 is thirsty

VW Touareg Competent and well equipped, styling not to all tastes