There's no mistaking the pedigree of the SVAutobiography 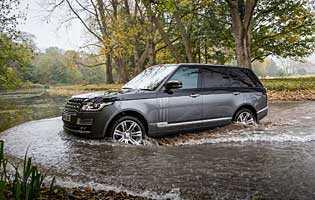 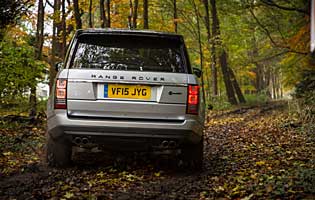 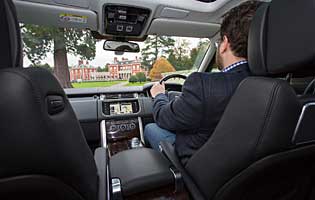 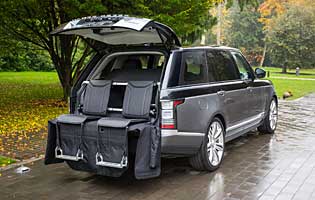 Prices for the Range Rover SVAutobiography are roughly in line with the cost of a small flat in greater London. As such, it's a car that exudes money - it takes the already-luxurious Range Rover and adds enough knurled metal and soft leather to make it stand out in the poshest of prep school car parks.

Special Vehicle Operations is the in-house tuning arm of JLR. It's been responsible for the Range Rover Sport SVR - the 524bhp assault yacht that gave the brand its first taste of true performance - and for various extra-spicy Jaguars. The vehicles produced by SVO are JLR vehicles with added bells and whistles that appeal to fussy (and wealthy) customers.

As such, Special Vehicle Operations is best-known for its one-offs. But JLR wants to change that, expanding their models' production runs from the single figures to the single-figure thousands. Nobody could describe the Sport SVR or the SVAutiobiography as mass-market cars, but they're more widely accessible than the kind of machine commissioned to enable air-conditioned falconry in the Arabian wilderness.

The SVAutobiography looks very similar to the Range Rover. You can purchase a standard-wheelbase model or a slightly stretched version, neither of which are small but the latter of which is an absolute barge. The engines offer quite astonishing performance considering the sheer heft of these cars, and the interior is sumptuous - this really is a money-no-object purchase.

A key market for the SVAutobiography (according to JLR) is the kind of person who gives his chauffeur the weekend off. Monday to Friday, the customer will sit in the back seats with the FT, but on Saturdays he will drive out of town to watch his son play cricket for the 2nd XI.

Our verdict on the Land Rover Range Rover SVAutobiography

The SVAutobiography treads a fine line between 'luxurious' and 'ostentatious'. It's just this side of bling, saved only by its understated lines and the fact that third party Range Rover tuners exist to satisfy the truly tasteless. It looks similar enough to the ubiquitous parent model to fly under most people's radar. Those who know, know.

Phenomenal. Expect to pay in excess of GBP160,000 for the car you want, and then factor in huge fuel and insurance bills.

The boot is enormous but there are only four seats. A split-folding rear boot makes boot access easy, but anyone used to perching on the tailgate no longer needs to slum it in such harsh conditions - for GBP5,000, SVO will fit two leather 'event seats' with metal stirrups to enhance your viewing pleasure at the point-to-point.

The physical controls are very pleasing to use. The buttons and knobs feel old-fashioned and heavy, with care taken to ensure that they're cold to the touch. You don't get the chrome organ stops of the Continental GT, nor the tactile feedback of a genuine vintage car, but the human interface of the SVAutobiography is one of the best on the market at the moment.

There's little to differentiate the SVAutobiography from any other luxury car. If you're particularly worried, though, the Range Rover Sentinel - based on the SVAutobiography - adds protection against 7.62mm small arms fire, and a 15kg TNT explosion from underneath.

One of the safest cars money can buy. A five-star Euro NCAP rating for the parent car, combined with added heft throughout, makes this a car you really want to be inside during a crash.

You don't buy a Range Rover for track days. It's a big, bloated 4x4, with a high centre of gravity and the turning circle of a telegram. But the sheer power of the engine still makes it fun to throw around an empty B road, and the bark of the V8 brings a smile to the face. It feels completely unstoppable off-road.

A small family could fit into a Range Rover SVAutobiography, but replacing the middle seat on the back row with an over-engineered centre console has reduced the seating by 20%. Apart from TV screens in the rear seats, none of the lavish additions made by Special Vehicle Operations are particularly child friendly - unless you store Ribena in the champagne fridge, perhaps.

There's absolutely no reason why anybody would buy the Range Rover SVAutobiography as a first car, in any of its many high-performance guises. It would be an appallingly irresponsible choice for an inexperienced driver. However, the kind of person who can afford a GBP150,000 car can probably also afford the astronomical insurance premium for a seventeen-year-old.

Range Rover is an upmarket thing to have written on the back of your car. Having it in the exclusive Special Vehicle Operations knurled metalwork is another level of lavish, though, so people who are impressed by that sort of thing will know that you've bought a GBP150,000 car. Other people might consider the Range Rover SVAutobiography a step into footballer's wife territory. It practically smells of money, and arguably doesn't add GBP100,000 of luxury over a standard Range Rover. The image isn't for everyone.

Like any Range Rover, you practically climb into the SVAutobiography. The seats are welcoming and the doors open wide - when you can find a space that allows you to open said doors, that is. The long wheelbase version doesn't offer substantially wider apertures in the back. Range Rover's party piece, that split-folding boot lid, continues to make the Range Rover one of the best cars around for transporting luggage (and dogs).

As to be expected in a car costing this much, the sound system is excellent. Music plays well at any speed (thanks partly to the brilliant sound insulation, protecting occupants from most road, wind and engine noise) in the front and the back. The hands-free is crisp and clear even with the engine at full chat - phone conversations can be had at a whisper rather than a shout. Rear passengers enjoy headrest-mounted TV sets, though the TV signal is intermittent.

The SVAutobiography comes in a selection of colours not found anywhere else in the JLR range. Particularly smart are the duo-tone choices, which allow the buyer to pick a different colour for the bottom of the car. Like everything that comes out of the Special Vehicle Operations hangar, though, this comes at a price - GBP9,000, in fact. The trim levels in this model are more in line with Rolls-Royce and Bentley than with other Range Rovers, though the chrome-and-walnut effect can make the interior feel a bit hearse-like.

Visibility in the Range Rover is good. You can see all four corners of this rectangular vehicle, and the windows and windscreens are vast. But that doesn't fully mitigate the sheer size of the SVAutobiography. It's hard enough finding a space that can accommodate the SVAutobiograhy's girth, let alone its vast door span. While this car looks good parked outside a city hotel, it's far easier to drive in the countryside.

Rolls-Royce Wraith A more serious car than any of the above, with commensurate price tag