Radical look remains but more glamour has been added 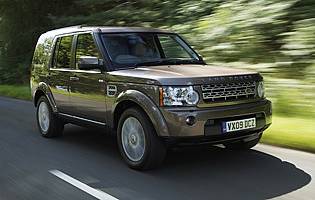 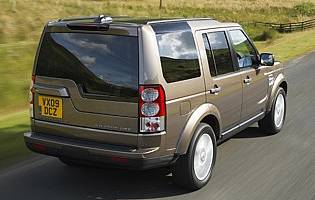 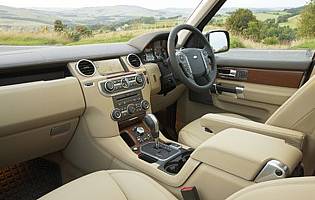 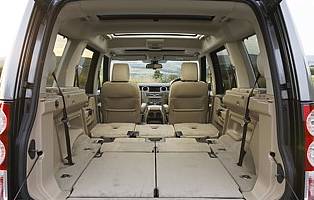 Although more of a measured upgrade than a ground-up overhaul, there's enough in the way of new stuff to warrant adding a '4' to the name of its popular Discovery model. By way of a justification, powertrain, chassis, interior and the diesel engine have been improved.

Launched to critical acclaim in 2004, the third generation Discovery was something of a radical departure for the otherwise conservative Land Rover. Style-wise the car could not have been more different to its predecessor. Outwardly the fourth generation car is might be more of an evolution in the looks department but under the skin a lot has changed for the better.

While it's mainly in the detail - new grille, bumpers, lights and other small changes - the overall effect has been to lift the Discovery out of its original utility character and propel it into the executive 4x4 class. The same is true of the car's interior, which is more Mercedes E-Class than acclaimed mud-plugger.

New switchgear, classy-looking displays and a higher grade of trim and upholstery materials all add weight to Land Rover's assertions that the Discovery can compete on level ground with traditional premium saloons when it comes to quality and image. And, as part of the evolutionary process, the all-important infotainment system has been upgraded to meet the demands of tech-savvy owners.

Away from the glitz and glamour of the cabin, the Discovery 4 follows the path of previous variants when it comes to off road performance. In short the car is a supremely capable and agile 4x4. The combination of mechanical and electronic assistance ensures that no path is too rough. On Tarmac the combination of more power and enhanced road manners means the Discovery is a more polished and capable machine.

Our verdict on the Land Rover Discovery 4 3.0 TDV6 HSE

With its sharpened up exterior and thoroughly overhauled interior, the Discovery is now more attractive offering in the premium 4x4 market. It's always been capable off road but the various under the skin improvements have put a great distance between the Discovery and the opposition. For many it's on the road where the changes will be felt the most, and because of the improvement Land Rover's volume seller can now be recommended with no strings attached.

Although now a diesel-only fleet - the older 2.7 diesel remains as an entry-level option - running a Discovery still requires a considerable investment. The 3.0-litre unit does deliver a sensible balance of performance and economy, though. It's worth noting that, as a premium-class car, expect servicing and running costs to be proportional to its newfound elevated status.

It's easy to forget that the Discovery 4 is a proper seven-seater. This family-friendly approach includes a vast boot plus the ability to fold the rear seats flat for a flexible load bay. At the front, there are enough oddment spaces to store the trappings of an active lifestyle, and there are many options available - mats, luggage nets - to customise the load space further.

One of the big changes between version 3 and 4 has been the switch to cabin and control design that's moved away from old utilitarian theme and towards something you'd see in an executive saloon. Plush switchgear, the combination of analogue and digital main displays plus a new central infotainment screen all make life easier. The latter can even be configured to display, or instance, a sat-nav for the driver and a DVD-based film for the passenger thanks to its 'dual-view' properties.

With the cabin ambience now more geared towards the executive end of the scale, space and refinement isn't in short supply. On the road occupants are well insulated from the outside world, while the car's seats offer high levels of support - especially good on long journeys and when off-roading.

The predictable remote central locking and immobiliser package is present, along with a handy keyless start feature. Being a desirable and valuable vehicle, fitting a tracking device might be worth the extra investment for added peace of mind.

Aside from the expected collection of airbags, the Discovery's suite of electronic stability and traction controls benefit occupants whatever the surface conditions. Factor in the car's acclaimed all-wheel drive and the Terrain Response system, which takes the guess work out of off-roading, and you're in good hands.

Without doubt the Discovery 4 is a supremely capable machine. Reaping the benefits of countless detailed changes, on-road performance is much improved. Pitch and roll has been almost eliminated, while the more powerful 3.0-litre diesel engine is a great all-rounder. Off road and the story is the same; the car's limits are much higher the those of the average driver, the electronic Terrain Response system helpfully provides the right settings for different surfaces and the cabin environment promotes a relaxed approach to driving.

Viewed as a go-anywhere people carrier the Discovery is without any serious rivals. It cleverly combines off-roader and MPV in one capable package. Storage space, cabin flexibility and driving performance all conspire to make the Discovery an unusual but compelling proposition.

Despite its size, the Discovery 4 is an easy car to drive. Assistance levels are high and visibility is good. This car is, however, not a cheap proposition. Any novice will likely be stung by high running costs - especially insurance.

Image-wise nothing comes close to the Land Rover brand. It's been carefully cultivated for many decades, and the products boast a loyal following. While ability is never questioned, reliability niggles have cropped up over the years, although the company is always keen to stress that the bad old days are firmly in the past.

With its air suspension you can lower the Discovery's ride height for easier cabin access. It remains a full-on off-roader though, so don't expect family hatch levels of cabin accessibility - you climb up to get in. Accessing the third row of seats does require some agility, and the car's hefty tailgate is a substantial item.

The standard option is hardly basic, with radio and CD player plus an easy to use interface all part of the package. Depending on the model and the depth of your pocket, touchscreen sat-nav, Bluetooth phone connection, music player connection, uprated sound system are all possible. Everything works well, is easy to control and sounds just like how a high-end system should

There's no ducking the issue, the Discovery is a big vehicle. That said, visibility is good, steering assistance at low speed is excellence and the optional external camera system is more than a simple novelty. Multiple views are displayed on the car's central screen - kerb, fore, aft, side - to aid parking, towing and off-roading activities.