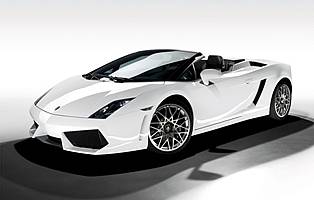 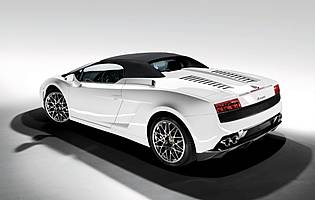 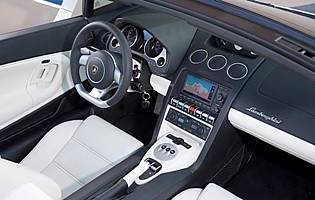 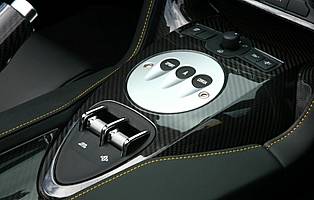 One of the most famous names in motoring has added to its range of high performance cars with the revised version of the Gallardo Spyder. With revised styling, a new engine and numerous details tweaks it offers even more for the hardcore supercar enthusiast. It also combines the Spyder body style with the maximum performance of the LP560-4 layout.

Lamborghini already has an undoubted success on its hands in the shape of the Gallardo, but the numerous detail changes and new models have kept it fresh and attractive. Despite nearing seven-years-old, the Gallardo offers the drama, performance and design that is demanded by customers spending a large amount of money, but input from Audi meant it was backed up by reliability and build quality of a standard not seen in Lamborghinis of old.

The centrepiece of the Gallardo Spyder is its new engine. A higher output version of the ten-cylinder unit that powers the Audi R8 V10 offers incredible performance and an amazing sound, and it dominates the experience behind the wheel.

Harnessing the engine's efforts is a revised four-wheel-drive system, ensuring the power can be transmitted to the road safely in most conditions. With a rear-biased power split it stays faithful to the pure driving experience, but with the benefit of increased traction. Either a six-speed manual or an automated six-speed manual is available; the latter system dubbed E-Gear.

Arguably the finest-looking version of the Gallardo yet, the LP 560-4 Spyder shows influences of the dramatic Reventon in its exterior design and its angular looks are a nod to older cars, particularly the dramatic Countach. The changes between the coupe and Spyder versions of the Gallardo are subtle and the Lamborghini designers have ensured that the inclusion of a soft-top disrupts the stylish looks as little as possible.

Despite the price tag the Gallardo Spyder has many rivals, yet its distinctive personality and abilities make it a hard car to beat. As a driving experience it is thrilling, yet it is a relatively easy car to drive. If cost is not an issue, then it should be near the top of any prospective shopping list.

The running costs for the Gallardo will be very high. Insurance will be in the top group, fuel economy is poor and emissions are high. Servicing is also likely to be expensive.

As far as passengers are concerned, the Gallardo is on a par with its two-seater rivals, with decent head and legroom. There are a few storage areas for oddments, although the boot is not particularly large and its proximity to the engine does mean it may suffer from heat soak.

The layout of the Gallardo is very good, with clearly labelled controls that operate smoothly and in a satisfying manner. The instruments are clear and attractive, while the buttons and switches feel well designed and robust. Some of the switches are located in odd places, but a little time spent inside is enough to make life easier.

Given its wild side, the Gallardo offers reasonable comfort levels. The seats are supportive, the ride is acceptable and noise levels are quite low when the engine is being used with restraint.

A desirable car such as this requires a high level of security, and the Gallardo includes remote central locking with an engine immobiliser and alarm. A remote tracking system is also available for extra peace of mind.

A high level of passive safety includes front and side airbags, while on the active safety front the inclusion of four-wheel drive, ABS and ESP coupled to the high specification of the suspension, brakes and engine make it a very capable and safe car in the right hands.

This is where the Gallardo excels, delivering huge thrills to keen drivers. The engine is a true masterpiece, offering massive low-rev torque combined with sharp responses and searing top-end thrust. The soundtrack is even better, with spectacular noise all around the rev counter. The handling is equally impressive, with the four-wheel drive system offering reassurance combined with responsive steering.

With only two seats and a small boot, the Gallardo would not make a good family car.

The Gallardo is not an appropriate first car, as its performance and expense will exceed the capability of an inexperienced driver.

Thanks to input from the VW Group, the Gallardo is a high quality car, with a very good standard of finish inside and out. Buyers can be confident that the reliability woes of older Lamborghini products have been eradicated. The Lamborghini's image is also highly attractive, being synonymous with high performance and style. The only possible demerit is that some regard Lamborghinis as being better suited to 'show-offs' than drivers, but the Gallardo's performance rebukes that.

Despite the wedge shape, gaining access to the Gallardo is simple. The door handle pops easily and the long doors have a wide opening. Occupants do need to drop down into the seats, but otherwise it is straightforward.

An Audi-sourced radio/CD unit is fitted as standard, delivering a high level of sound quality and a simple interface with large screen display. Although the system might struggle at higher speeds with the roof down, the engine is far more exciting to listen to.

High quality leather and Alcantara feature throughout the cabin of the Gallardo, while the remaining plastic trim is also of a high quality. A range of colours is available, and although much of the trim is dark, the cabin still feels inviting.

As you might expect, the Gallardo is not the easiest car to park. The driver sits low down in the car making it hard to see the extremities. However, the addition of parking sensors and a rear-view camera helps. The E-Gear model is a little harder to park as the lack of a clutch means a slight pause at the top of the throttle pedal.

Aston Martin DB9 Volante More of a luxury GT, but great to drive and to look at