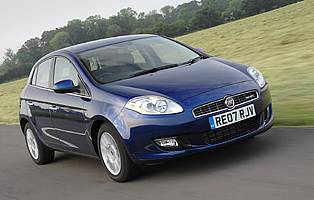 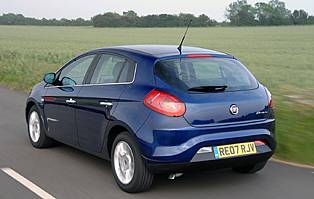 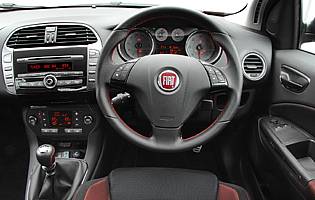 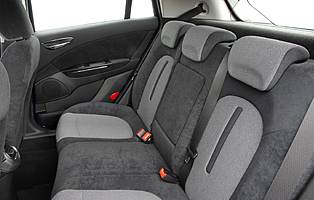 Fiat is a car company famous for many things, but building popular and record-selling small cars is probably the firm's single biggest achievement. As such, in recent years its mid size offerings haven't quite reached the same heights. This Bravo is the latest in a long line of family hatchbacks, but what sets this car apart from past offerings is Fiat's determination to focus on quality, equipment levels and design.

At its launch Fiat proudly claimed that the Bravo's development period was 18 months from concept to finished article. What the beaming executives failed to say was that the Bravo isn't exactly all-new. Some credit should go the previous model, the Stilo, and the use of selected existing powertrains and engine technology.

To be fair, the Bravo is also the result of a major switch from the old process of building countless development cars prior to making a production-ready vehicle. If there's one thing Fiat is good at, it's embracing new technology.

This is also true inside the Bravo, which, depending on the model, gets something called ""Blue and Me"". Sporting Microsoft branding, the technology allows a Bluetooth connection for your mobile phone, encouraging its use is legal. Also, the system boasts a voice command feature, allowing you to control a number of key functions while keeping your eyes on the road.

Despite the focus on technology, Fiat's Bravo isn't a one-trick car. A rounded family hatch, it boasts plenty of space thanks to an enlarged cabin plus a good number of storage areas. Build quality, design and refinement levels are impressive. The spread of standard and optional comfort items is good, and there's also the car's exterior. Fiat executives appear compelled to describe the car as ""beautiful"" every time they discuss it, and the truth is they're not wide of the mark.

Our verdict on the Fiat Bravo 1.9 Multijet 120 Dynamic

It's clear that the Bravo was developed without Fiat cleaning out its pot of development cash, but the result is a welcome improvement over the old Stilo. The exterior and interior design execution is worth applauding, as is the decision to use high quality cabin materials. The engine range, a mix of ingenious and familiar technologies, is another Bravo strong point. That it's not a driver's car in the context of a performance hatch can be largely overlooked. It is, however, a glossy, attractive, affordable alternative to the usual suspects in the hotly contested family hatch market.

Pound for pound the Bravo offers considerable value for money. The decision to use small capacity turbo petrol motors is a smart one - CO2 related taxes should be modest. Elsewhere, diesel variants return impressive fuel economy, and the high-spec cars boast a generous selection of desirable equipment.

A solid performer, the Bravo's spacious cabin easily accommodates four adults in relative comfort, while dotted around the cabin are a selection of useful storage spaces. The Bravo's boot is deep and wide, although the high load lip is disappointing. To compensate, the rear seats easily fold down to liberate some welcome extra space.

The Bravo's fascia is subtly but obviously driver-focussed. The major controls are angled slightly in his or her favour, and the overall effect is a pleasant one. The styling bias is towards a sporty image, as can be seen from the design of the main dials. That said, the ergonomics could be a little better: the ventilation controls are located low down on the fascia and portions of the main dials can be obscured by the steering wheel.

From inside the cabin, the overall feeling is one of refinement. Plush, supportive seats certainly help matters, while road noise is minimal at normal speeds. Noise from the high power diesel unit can be heard when accelerating hard, and the car's ride can feel unsettled when traversing poorly surfaced roads at speed.

Remote central locking comes as standard on the Bravo, along with the all-important immobiliser. For full protection you'll need to get into a Dynamic or Sport variant, as it's these which qualify for the cost option alarm.

As you'd expect, the Bravo is well equipped. Excluding the base 1.4 model, all Bravos get twin front, side and curtain airbags. ABS and EBD is a range-wide inclusion, while ESP and a brake hill-holder function only appears as standard on the flagship Sport variant. Traction control to reduce wheelspin is a cost option.

For all Fiat's claims that the Bravo is a sporty-looking car, the philosophy doesn't translate into sports car behaviour. The Italian firm is candid and realistic though, and acknowledges that the Bravo is more of a brisk cruiser - the refined power delivery of its engines are a demonstration of this. Foremost, the car's steering boasts considerable assistance, which is a boon around town but won't please the enthusiastic driver. However, driven briskly and within its limits, the Bravo is an agreeable car. Noise levels are low, while the low down flexibility of Fiat's 1.4-litre turbo petrol engines is impressive. The Multijet diesels, as when fitted to other cars, prove frugal, refined and powerful in equal measure.

In a world populated by people carriers of all shapes and sizes, the Bravo offers some welcome relief. It's roomy enough to accommodate a growing family, and there are plenty of storage spaces plus a decent size boot. The cabin decor is all high grade stuff, which means small children might not be welcome with their sticky hands and muddy feet.

There's a lot to be said for the Bravo in this context. It's certainly an easy car to drive, and it's not too big so as to deter the novice driver. Performance-wise the car has potential, but the lower order variants deliver enough of everything to make them attractive and, crucially affordable.

Both externally and internally the Bravo delivers at a higher level than all previous Fiat mid range cars put together. The elegant exterior takes many design cues from the smaller Grande Punto, while the car's interior looks and feels classy. The choice of materials used plus the overall fit and finish is impressive, and should go a long way to reversing Fiat's sometimes below par image and reputation.

Front seat occupants should have no trouble accessing the Bravo's cabin. The seats are slightly elevated, making access and egress straightforward. Despite the car's stylish sloping roof, rear seat occupants shouldn't feel compromised in terms of leg or headroom. At the back, the car's tailgate lifts easily to reveal a deep boot. The high load lip could hinder the removal of bulky or heavy items, however.

The standard fit radio and combined single CD player works well, with sound quality at a good level. Usability is also good, what with the unit being located high up in the fascia. Steering wheel controls are convenient, but they are model dependent. Dynamic and Sport variants gain what Fiat calls ' Blue and Me' which, along with Microsoft branding, allows a Bluetooth connection to a mobile phones for true handsfree calling plus voice commands for simple functions. The provided USB socket allows users to connect a USB memory stick for the playing of MP3 music files.

Bright, bold colours have become a trademark of modern Fiat models, but as if to emphasis its upmarket aspirations the Bravo looks its best in more subdued colours. Metallic hues work well, and the premium angle continues inside with the car's dark cabin. The upshot is a desirable-looking space that feels more expensive than it is.

The Bravo's light controls - steering, throttle, gearshift - all help to make parking easy. Forward visibility is good and the car comes with generously dimensioned side mirrors. The view rearwards is obscured slightly due to the three rear headrests, but you soon get used to judging distances confidently. Rear parking sensors are optional on all models bar the entry-level car.

Volkswagen Golf Upmarket alternative is comfortable and refined. Could be more engaging for the driver, though

Toyota Auris Despite styling, Auris is another conservative small Toyota but well built and easy to live with