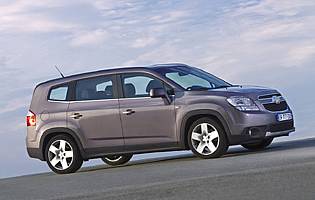 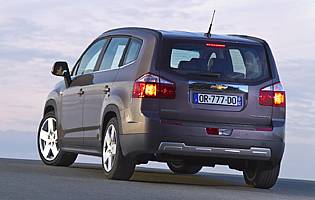 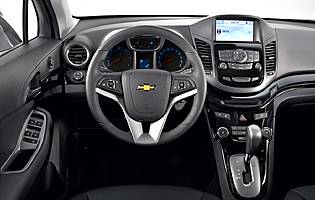 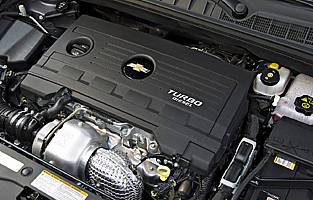 High-value brand Chevrolet is entering new territory with its Orlando, a seven-seater MPV that also claims 'crossover' status thanks to its unusual exterior design. In a very competitive sector, Chevrolet is claiming to offer a car with more personality and style than is common with a seven-seater car, as well as maintaining the keen pricing and good specification that is a big part of the brand's appeal.

The hing that is immediately apparent on first acquaintance with the Orlando is that it looks quite unlike many of its MPV rivals. It has a relatively low roofline, a deliberate decision by Chevrolet, as well as broad shoulders and a tough-looking front end. The result is a car that looks more like a scaled-down SUV, yet it has the stance of a conventional road car. For a buyer needing the space and practicality it offers a pleasing alternative in terms of appearance.

Underneath the smart exterior the Orlando offers a relatively conventional mechanical layout. There is a front-wheel drive layout across the range while the engine line-up is made up of one petrol and two diesel options seen elsewhere in the Chevrolet range.

Inside the Orlando there is a mix of conventional MPV features and design alongside some more unusual elements, maintaining the crossover feel. For instance, the driving position is unlike most conventional MPVs in that it is a relatively low-set position, yet the huge windscreen contributes to the excellent view out. The dashboard layout is more car-like too, which contributes to the pleasing feel from behind the wheel.

In practical terms the Orlando has all the right ingredients to meet the very specific needs of this class. It can be reconfigured to seat any number of people between seven and one, with two rows of folding seats although, unusually, the option to have a folding front passenger seat will not be available until 2013. The seats can also be reclined to offer greater comfort.

Our verdict on the Chevrolet Orlando 2.0 VCDi LTZ

A slightly different approach to the traditional MPV formula gives the Orlando a little more personality than many of its rivals. It has a good level of practicality, shows some innovative storage ideas and is surprisingly good to drive, too. It's a worthy alternative to the bog-standard seven-seat offering.

As expected the Orlando has plenty of space for occupants and luggage, with a good sized load area, good head and legroom for passengers in all three rows (although the third row is inevitably less commodious) and plenty of storage cubbies, the most interesting one being the hole behind the flip-front stereo.

The layout of the Orlando's dashboard will be familiar to anyone who has been in a Chevrolet product, but the design is appealing with a 'twin-cockpit' style layout and a pronounced centre stack. Higher specification models also benefit from classy blue illumination and the arrangement of buttons and switches is attractive and intuitive.

Of greater importance is how much comfort the Orlando offers its passengers and it scores well here, too. Wind and road noise are well insulated, the engine is relatively quiet and the ride quality is impressive. Seat comfort is good, although the third row of seats do require the occupants to have their knees up a little, so they would only be comfortable for adults during shorter journeys.

The Orlando's security provision includes a standard alarm and immobiliser, while the clever flip-front audio system is a smart way to hide valuables within the car.

As well as substantial tally of airbags and a strong passenger cell, all versions of the Orlando are fitted with an electronic stability programme as standard, a key element to a strong safety package.

It's fair to assume that a car created to satisfy the space demands of a typical family means that dynamic ability takes a back seat, but the Orlando does a fine job of keeping the driver happy. The steering is surprisingly responsive and accurate with good weighting, the diesel engine offers torque from low engine revs and pulls well around the range while the suspension smothers bumps very well without allowing much in the way of body roll.

The Orlando fits the brief for a family car perfectly, with space for all and something of the novelty factor about its looks and style which should appeal to children, too.

It is unlikely that a new driver will want a car as big and as spacious as the Orlando, even though it is relatively easy to drive for a car of its size.

Although Chevrolet's products have been something of a mixed bag in terms of quality, the Orlando appears to be a better offering. The materials, although not quite premium quality, do feel sufficiently robust and well put-together. The Chevrolet brand is synonymous with value rather than anything more appealing than that, but the individual style of the Orlando should add something more to. Even to the non car-literate it has a strong visual appeal.

Although the roofline is not as high as some competitors the Orlando provides large door apertures with a wide opening, and the seat height is convenient for sliding into place. Getting into the third row of seats is also surprisingly easy, as the second row folds and tumbles forward out of the way, usefully aided by a pressurised strut.

The audio system in the Orlando offers a CD/tuner with an auxiliary socket and a USB port on higher specification models, with good sound quality from both versions. It also offers a clever flip front, which opens to reveal a substantial cubby in which to put valuables including MP3 players.

The subtle inclusion of a black moulding around the sills of the car helps its stance, and also helps the shape work better with brighter colours. More conservative buyers will be content with subtler shades but, unlike most cars of this size, it looks good in yellow or even white. Inside, high-spec LTZ models get a piano black finish, which adds to the quality feel.

Although a relatively large vehicle, the Orlando offers a clear view out from the driver's seat and its squared-off exterior makes it easy to slide into a space.

Vauxhall Zafira The template for seven-seaters with space and practicality

Peugeot 3008 Handsome crossover MPV is good to drive and versatile