Stunning looks come as standard with the Vanquish Volante 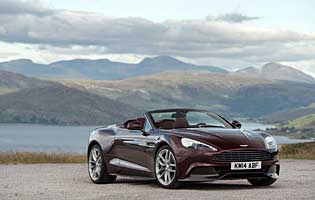 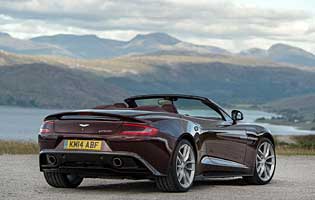 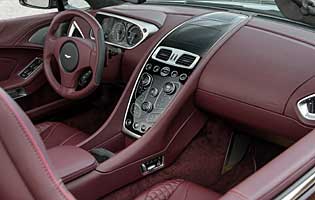 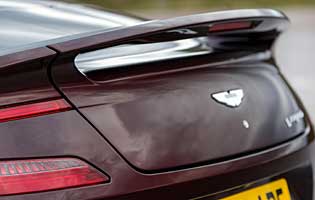 Even though the Vanquish Volante has just passed its first birthday Aston Martin has put it under the surgeon's knife and revealed an updated version. Most importantly the updates are mechanical rather than visual, helping the Vanquish compete against key rivals from other exclusive and exotic manufacturers. It also comes about thanks to upgrades elsewhere in the Aston Martin range rather than any issues with the original car.

Aston Martin offers a drop-top Volante version across all of its two-door coupe models, and for a manufacturer that has always made a strong first impression on account of its looks it is understandable that the current range-topping Vanquish comes in this form too. First introduced to the UK in 2014 the Vanquish Volante is for the moment at least, the most sensational car that Aston Martin builds.

Most 'model year' upgrades tend to be cosmetic and equipment based, but happily the latest Aston Martin Vanquish Volante offers genuine and significant mechanical enhancements, which promise a significant change to the driving experience. Some of the mechanical changes are shared with those introduced at the same time to the Rapide S model, whilst some are bespoke to the Vanquish.

An update of the engine management system releases additional horsepower from the engine, contributing to a small but significant improvement in both top speed and acceleration. This is also aided by a new eight-speed automatic gearbox, which improves refinement and fuel consumption too. The suspension has also been revised with stiffer springs front and rear while the steering assistance has been adjusted for improved feel.

As with the rest of the Aston Martin range the Vanquish Volante uses the well-proven VH architecture for its structure, which consists of aluminium sections bonded and riveted together to give a lightweight and strong structure that is ideal for a convertible car. Better still, both the Vanquish coupe and Vanquish Volante use carbonfibre panels to further reduce the overall weight.

Our verdict on the Aston Martin Vanquish Volante

Although the changes to the Vanquish Volante are relatively minor, they have significantly enhanced what was already a very impressive package. The new gearbox is smoother and quicker-shifting and makes the most of the engine's performance. The suspension changes also sharpen the driving experience without sacrificing its grand touring qualities. It requires a large investment but the Vanquish Volante delivers even more for the money.

Running costs for the Vanquish Volante will be very high indeed. The purchase price, fuel consumption and insurance are all at the top end of the scale, making it a car for the well-heeled only.

The Vanquish Volante is relatively restricted in terms of space, and is clearly optimised for two people despite the second row of seats. Front seat passengers are well catered for and fully adjustable seats mean there should be no shortage of headroom. Boot space is relatively short but quite wide and deep, making it sufficient for a weekend away.

The layout of the Vanquish is logical and easy to use as well as very attractive, with gorgeous flood-lit instruments and clear digital displays. The button layout is sensible and clear, while buttons on the back of the steering wheel can be used to control the satellite navigation.

The Vanquish continues to fulfil its important role as a comfortable long-distance car with ease, despite changes to the suspension. The seats are very comfortable in the front but considerably less so for adults in the rear. Despite its tremendous output, the engine settles down to a refined hum on the move, the exhaust flap system mutes the noise for comfort below 4000rpm. There's a little extra wind noise courtesy of the canvas roof, but road noise is well tempered considering the huge tyres.

Befitting a car of this price and exclusivity, the Vanquish comes with an alarm and immobiliser as standard. This can be upgraded to include a tracking device, which would be a sensible addition.

With an immensely strong chassis the Vanquish Volante offers a high level of passive safety, while the high performance ceramic brakes and firm suspension, combined with a standard stability control system promise an equally high level of active safety. Pop-up roll hoops deploy in the event of a roll-over accident too.

The basics of the Vanquish Volante are unchanged but the gearbox has a significant impact on the quality of the driving experience. Progress is smoother and more refined in automatic mode and it is much easier to make use of the generous torque on offer. Conversely when driven hard manual gearchanges are both faster and smoother. The suspension changes have also sharpened the driving experience; making the Vanquish feel more composed through bends but without hurting ride comfort.

The Vanquish Volante's family appeal is limited by its small rear seats - only the smallest child seats will fit. The truncated boot is insufficient to carry large amounts of luggage, too.

The Vanquish Volante is too expensive and powerful to suit even the wealthiest first time car buyer.

It is not unreasonable to expect a high quality experience at this price point and the Vanquish Volante delivers. The quality of the materials is impressive and the standard of build is very good too. In the image department there are few cars that can match the appeal of Aston Martin, which explains why they are revered by enthusiasts and admired by the general public.

To aid access the doors have been cleverly designed to open out and upwards. Regardless, the low seating position and long doors can make the model difficult to access with something parked alongside. Given room to manoeuvre it poses few problems however, although rear seat passengers do have to squeeze a little, even though the front seats slide forward. Access to the boot is good, with the short bootlid opening beyond 90 degrees.

All Vanquish models have the high-specification Bang and Olufsen audio system as standard, and it also enjoys a unique centre console layout which is much easier to control. The sound quality is outstanding, while the new sat-nav system is also much improved although it still lags a little behind the best standard fit systems elsewhere.

As well as bespoke options inside and out through the Aston Martin Q programme, some new exterior shades have been introduced for greater variety. Sober shades suit the Aston's refined good looks although it can pull off brighter shades. Inside there are a wide choice of wood or metal finishes to the dashboard and a range of leather colours available.

Given its low-slung driving position, small rear window and lack of conventional bumpers, parking the Vanquish Volante can be a little taxing. However, light steering at low speeds helps relieve the stress and with the roof lowered rear visibility is vastly improved.