Patrol of the Year

The highest accolade for our breakdown heroes

The judging process includes an intensive assessment day, with driving and technical tests, as well as panel interviews and mock radio interviews.

Taking the top honour is a big responsibility, with Patrol of the Year winners spending the next 12 months as the public face of the AA across the country and in the media.

David Brambell, Director of Roadside and Outdoor Operations at the AA, says: “Our roadside and recovery patrols typify the values that set AA patrols apart. These awards are true testament to the winner’s character; their outstanding service and professionalism are some of the qualities that make them our top AA patrols and truly deserving of this accolade.” 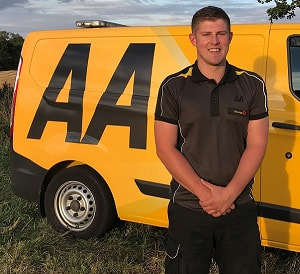