Despite the name, the Yeti Black Edition is also available in white 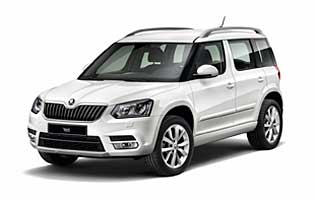 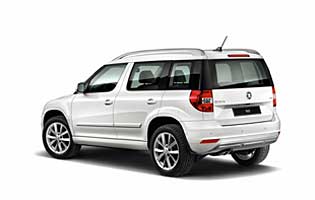 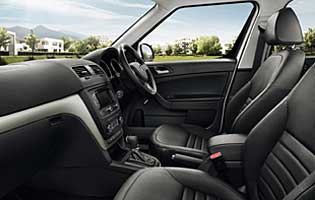 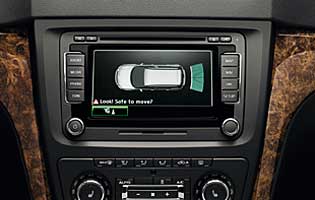 Skoda's second generation Yeti carried on just where the original left off; a compact crossover that mixed elements of the SUV, family hatch and MPV to great effect The combination of a high driving position and car-like driving dynamics proved to have a broad appeal. Now Skoda has expanded its range further by producing a series of Black Edition models, and the Yeti is the latest to receive the treatment.

Skoda created a sure-fire hit when it introduced the Yeti, and the second generation arrived with a number of tweaks rather than wholesale changes which was an indication of how right the car was from the outset. While the brand has done well with cars in the traditional mould the segment-busting Yeti has proved the value of a more innovative approach.

The Black Edition is a new limited edition that unusually is available across the Skoda range. Whichever model it is applied to Black Edition models earn their name by being available with black (or white) exterior paint as well as a host of extras as standard at a substantial cost saving compared to the standard car. Based on the SE model, the Yeti Black Edition gains DAB radio, satellite navigation, the Sport pack, 17-inch alloy wheels and metallic paint as standard.

The Yeti Black Edition comes with only one engine option, the 2.0-litre diesel version with 138bhp, although there is the choice of a six-speed manual or seven-speed dual clutch DSG gearbox. The Black Edition is also only available in two-wheel-drive guise, although this tends to be the more popular option amongst private buyers.

Elsewhere the Yeti Black Edition follows the same layout as the other models in the range. The double-step of the roofline gives a raised seating position in the rear without affecting headroom, and also gives a remarkable degree of flexibility for carrying mixed loads of passengers and luggage. It is this practicality wrapped in an attractive wrapper that has made the Yeti such a success regardless of the variant.

Our verdict on the Skoda Yeti Black Edition

There's no model in the Yeti range that is anything other than versatile and attractive, but the Black Edition brings with it a number of useful features compared to the SE on which it is based. Most buyers will find the extra equipment useful and of good value, and all the additional features would also be desirable to a used buyer, helping to improve residual values still further.

With the more modestly powered version of the 2.0-litre diesel unit under the bonnet the Yeti can provide very impressive fuel consumption figures when driven with care. Two-wheel-drive version like the Black Edition model also help to save a little fuel in the long run.

Considering its relatively modest dimensions the Yeti provides very impressive space utilisation, with the tall body giving generous head and legroom for all passengers. The clever folding rear seats allow the full dimensions to be exploited if required and the cabin layout incorporates plenty of storage areas.

Like all Skodas the Yeti majors on simplicity and ease of use where the controls are concerned. Very little familiarisation is required once behind the wheel, and the buttons and switches operate easily and efficiently. One demerit is that the markings of the speedometer and tachometer are very similar, which means they can be confused at a glance.

Given that the Yeti will spend most of its life in varying conditions, its comfort-biased suspension and high levels of refinement are well judged. It may have off-road ability but there are no comfort compromises on-road and the Yeti will happily swallow large distances and keep its passengers at ease.

All Yeti models are fitted with an alarm and immobiliser system as standard, including interior monitoring and a back-up horn, which should be enough to deter even the most determined thieves.

As with the rest of the Skoda range, the Yeti has a comprehensive list of safety equipment, both active and passive. The security of automatic four-wheel drive and ESP are a great help in avoiding accidents in the first place but, if the worst should happen, six airbags are standard across the range, with a driver's knee airbag added on S models and above.

Although relatively tall, the Yeti feels definitely car-like from behind the wheel. The driving position is very good with a superior view out compared to conventional cars, while all the major controls are slick and well-weighted. Performance is above adequate and the handling is secure too.

The Yeti is perfectly suited to family life, with all the practicality that a family could wish for. For instance, the rear row of seats is slightly elevated above those in the rear, giving a better view for passengers. The Yeti is also relatively wide for its size, giving better elbow room and making it easier for passengers to climb aboard.

The Yeti has the style and ease of use that would make it appealing to a new driver and, even though it offers four-wheel drive and good performance, it's far from intimidating. It may be a little expensive for many first-timers however.

Like any Skoda, the Yeti feels a step up in quality over many of its price rivals. Fit and finish throughout the car is impressive and the use of chrome details and neutral illumination are smart touches. Models such as the Yeti have played a big part in the image change that Skoda has undergone in recent decades, proving that the brand is also about style and innovation rather than just good value.

Good access is one of the Yeti's key attributes, as its generous doors and tall body make it straightforward for front and rear seat passengers to climb aboard. The same goes for the boot, and although the tailgate is high it opens to provide very easy access.

The upgraded audio system provided as standard on the Black Edition is a welcome addition, bringing with it the benefit of DAB audio and an effective satellite navigation system. The graphics may be relatively simple but it works well and is easy to operate.

Whether you choose the black or white exterior paint the Yeti is at its most eye-catching in bold shades such as these, and with the black plaint in particular it looks classy and attractive. On the inside the standard mix of dark plastics and quality fabrics are appealing, although at increased cost a lighter beige can be specified.

Thanks to the high seating position and a near-vertical tailgate, the Yeti is an easy car to park for its size. The addition of parking sensors fitted on SE models upwards are a further help, while there is a reversing camera for the first time and the optional Park Assist has been updated so the Yeti can parallel park as well as drive into and out of bay spaces by itself.

All versions get a tyre repair kit and compressor as standard.