What's being done about air pollution? 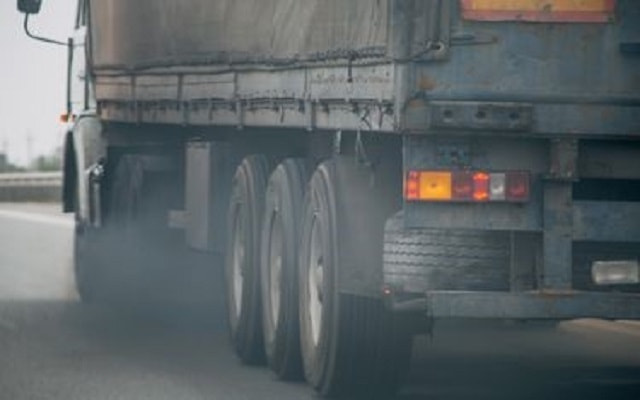 Air pollution is a worry for everyone, especially for those who live in urban areas or suffer from conditions like asthma. Nobody wants the air in our cities and towns to be polluted. Car emissions have an impact on air quality, alongside things like rail, air traffic and manufacturing. While the government tries to make changes at a local, national and global level, there are things drivers can do individually to make a difference.


How bad is the air pollution problem?

Although air pollution doesn't directly cause deaths, it can make illnesses worse. If someone has heart or lung issues and breathes in a lot of air pollution, their condition might become even more serious.

According to a report published by the Royal College of Physicians in 2016, around 40,000 deaths a year in the UK are attributable to exposure to air pollution. Air pollution has been linked to cancer, asthma, stroke and heart disease, diabetes, obesity and dementia either as a cause or as a complicating factor contributing towards premature death.


What's being done about car emissions?

Government policy since the late 1990s has focused on fuel efficiency, as part of an effort to meet climate change targets. Using less fuel means lower carbon dioxide (CO2) emissions. This led to an increased number of diesel cars on the roads. Although diesel cars are more fuel efficient than petrol ones, their exhausts produce more harmful pollution.

More demanding (European) new car emissions standards should have helped keep our city air clean as the number of diesel vehicles increased but they've not been as effective as expected. The government's latest move was to increase car tax for new diesels to try to encourage earlier introduction of the next generation of 'clean' diesels.

One idea to reduce pollution is to create 'no idling' zones. It might be more convenient to leave your engine running when you're waiting to pick someone up but it's not very considerate to those around you. It's normal to see signs asking you to switch off when waiting at railway crossings too.

A 'no idling' zone would be a spot in an area where pollution is bad or where people are at higher risk, like outside of a primary school. Anyone failing to comply could be issued with a £20 fixed penalty notice.

Councils are expected to be given greater powers to enforce ‘no idling’ following a government consultation in 2019.

Since April 2019 an Ultra Low Emission Zone has been in effect in central London. The ULEZ covers the same areas as the congestion charge but will grow to cover a large part of Greater London by 2021. The ULEZ applies to all vehicles including cars, vans, motorcycles and trucks and is aimed at drastically cutting air pollution in London.

Many cities away from London are set to introduce clean air zones to tackle air pollution locally. These won't necessarily involve charging schemes though. There are lots of other things a local authority can do to reduce pollution. They can improve road layouts and traffic flow, introduce safer and more convenient cycling or walking networks, and make public transport a more attractive alternative.

Charges and fines only go so far, especially if drivers feel they're being punished unnecessarily. Real change comes from how drivers look after their cars, how they drive and which cars they buy.


How your driving can help reduce air pollution

Small changes to your driving habits can make a big difference.

Taking care of your car will also help reduce how it affects air quality. It should also mean your car lasts longer and is less prone to breakdowns.

If you're changing your car, you might be thinking about how to make the most environmentally-friendly choice. Comparing cars of a similar type and size, in the main petrol models will use more fuel than diesel but will generally produce less toxic emissions.

These types of cars might not be suitable for everyone, because of the need to recharge. If you have access to off-street parking so that you can charge at home or there's on-street charging where you live they could be ideal.

You can learn more about how different types of vehicle compare from our fuel types article.