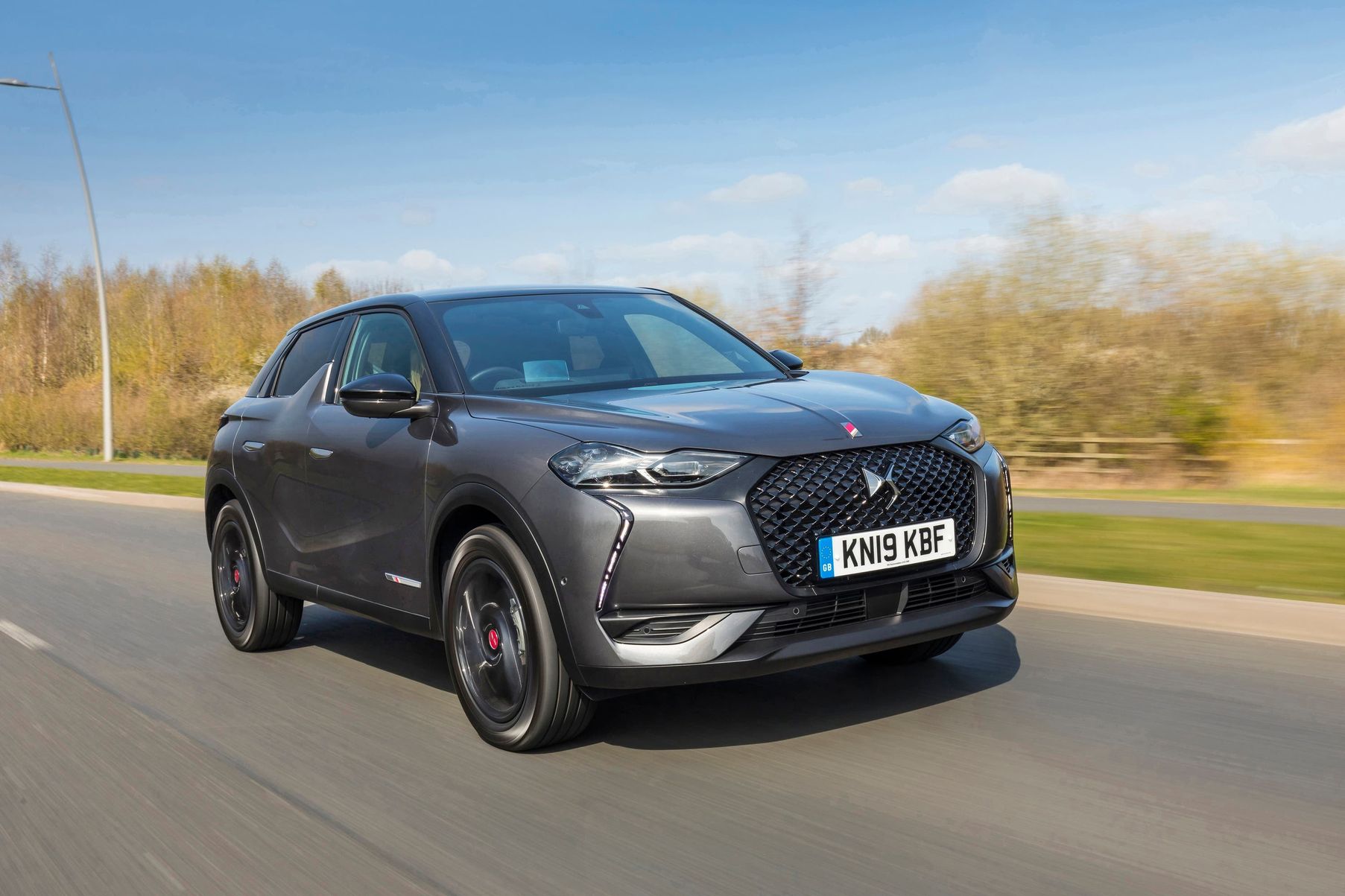 French cars are known for their imaginative and bold approaches, and the new DS 3 Crossback is no different. But against other premium crossovers, like the Audi Q2 and Mini Countryman, how does it compare?

Citroen’s ‘DS’ is one of the best-loved cars of all time, and was quite the trailblazer with its clever suspension system, upmarket interior and futuristic styling.

Then in 2009, Citroen released the DS nameplate with a new premium sub-brand – the DS3 supermini being the first, followed by the DS4 hatchback and quirky DS5 executive car.

In 2015, DS formally split to form its own brand and step aside from Citroen. In 2018 DS launched the bespoke model DS 7, followed by the DS 3 the following year.

While the DS 3 might have previously been a supermini going head-to-head with the Mini Hatch, the new DS 3 Crossback is instead a high-riding crossover. Bringing bold styling and a range of technological highlights, it aims to do things a bit differently to the rest of its class.

Tech highlights include its advanced Matrix LED headlights, while the car us underpinned by a new platform which allows for petrol, diesel and electric powertrains.

Surprisingly, the DS 3 Crossback is at its best at higher speeds, where the ride is more comfortable and the peppy petrol engines are rather hushed. It’s also quite pleasing on twistier roads with minimal body roll and sharp steering making it one of the more involving small crossovers in this class.

One of the few weaknesses with the way the DS 3 drives is its low-speed ride, which just feels a touch too firm and unsettled. Choosing a model with a smaller set of alloy wheels does helps, though.

If DS aimed to make the 3 Crossback look like no other car in its class, it certainly succeeded. From its intricate large grille to the LED headlights and cool vertical daytime running lights, it’s a very funky crossover that garners plenty of interest out on the road. Another neat touch is its ‘flush’ pop-out door handles, which emerge when you unlock the car and flip back into the door as it’s driving along. It’s a neat and upmarket touch, especially as it’s usually seen on the likes of Range Rovers and Aston Martins.

The DS 3’s cabin has an equally bold design, with the designers making use of a variety of shapes and textures that truly make it look like nothing else available today. The layout does take a bit of time to adjust to, with buttons all over the place, but you soon get used to it, and appreciate the ‘dare to be different’ approach going on here.

If you’re coming to the DS 3 Crossback from a typical supermini, you’ll appreciate the extra spaciousness it offers.

The 350-litre boot is larger than plenty of standard hatchbacks, while the extra ride height aids accessibility. Compared to other cars in its class, though, it’s not the most spacious, as rear space isn’t especially generous, and the narrow rear windows don’t provide the best view outside.

An electric DS 3 Crossback is on offer, but we’ll focus on the popular petrol options.

The French firm offers its crossover with a choice of turbocharged 1.2-litre petrol engines, which are available with either 99bhp or 128bhp. Choose the former and you’ll get a 6-speed manual gearbox, whereas the latter instead uses an 8-speed automatic. Both offer decent performance, but it’s the 128bhp model that’s the quickest – going from 0-60mph in 9 seconds.

Diesel is also on offer – a 99bhp 1.5-litre diesel engine that comes mated to a 6-speed manual gearbox.

That diesel is the best if you want to keep your running costs down – returning 61.4mpg, with CO2 emissions of 123g/km. Petrol models should still be efficient, though, with DS claiming they’ll hit between 45 and 50mpg.

A broad range of trim levels are offered on the DS 3 Crossback with equipment highlights and pricing as follows.

Performance Line (In addition to Elegance)

Prestige Plus Pack (in addition to Prestige)

Ultra Prestige (in addition to Prestige Plus Pack)

The DS 3 Crossback is now available in the Smart Lease range for a limited time from £342 per month. Click here for details.